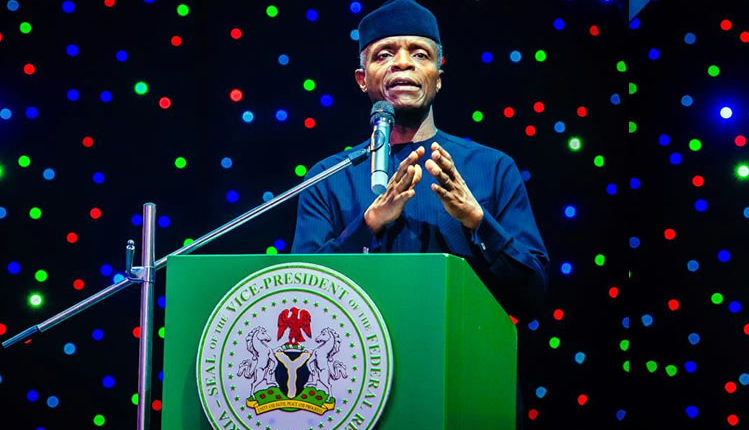 The National Economic Council (NEC) has set up a committee headed by Vice President Yemi Osinbajo to interface with youths in the country on employment, social safety net and national security.

This is a fallout of the nationwide #EndSARS protests embarked upon by thousands of youths demanding end to police brutality.

The decision to set up the committee was reached at an emergency virtual meeting of the council presided over by Osinbajo on Monday.

The committee will also engage the representatives of civil society organisations, religious and traditional leaders for the same reasons.

The membership of the committee is drawn from each of the geopolitical region of the country.

Governors in the committee representing their zones are those of Sokoto, Borno, Niger, Ondo, Ebonyi and Delta states.

A statement made available by presidential spokesman, Laolu Akande, on the resolution of the meeting said: “After more than four hours of deliberations at an emergency meeting of the National Economic Council today, a resolution has been reached by the council that the deeper issues behind the #EndSARS protests and its fallout should be addressed by both the federal and state governments.

“To this end, a council committee to engage the youths, representatives of civil society organisations, religious and traditional leaders on employment, social safety net programmes and national unity, among other key issues of concern, has been constituted. Members of the committee are governors representing the six geopolitical zones.

“The committee would be chaired by the vice president who presided over the meeting attended by the governors, FCT Minister, Central Bank governor, Inspector General of Police, representatives from the military, the Directorate of State Services, and the National Human Rights Commission.”

The statement informed that the committee, which is to commence work immediately, will develop a comprehensive framework under the auspices of the council that would coordinate joint actions and steps to be taken by both the federal and state governments to examine the fundamental issues underlining the protests and arrive at effective solutions, including how to enhance Nigeria’s national security.