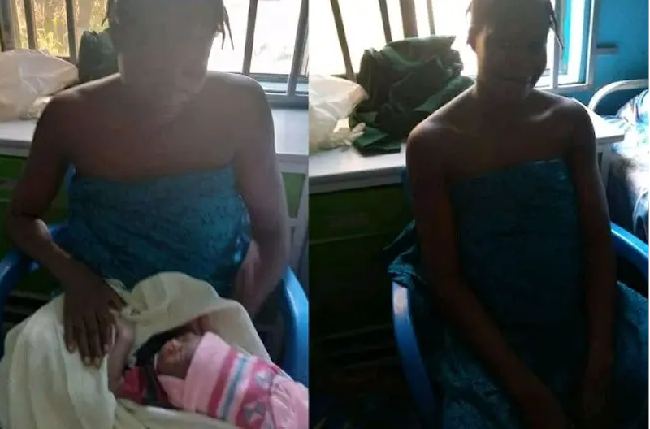 The Ondo state government has ordered the immediate release of the 18-year-old girl, Kemisola Ogunniyi, who was arrested during the #EndSARS protest in Ondo State and gave birth to a baby boy in prison custody.

This was disclosed by the state’s Attorney-General and Commissioner for Justice, Sir Charles Titiloye, who disclosed this, in a statement signed by him, said the teenager was released on bail to allow her to take care of her baby from home.

He stated that the young girl did not disclose to the Police that she was pregnant when she was arrested last year October, while no information was placed before the Court about the teenager pregnant status.

Titiloye explained that “It was on the 17th of June 2020 that the office of Attorney General was served a bail application by a new Counsel (Tope Temokun Esq) engaged by Kemisola Ogunniyi.

“Consequent upon the application for bail dated the 17th of June 2021, the Attorney General of Ondo State and Commissioner for Justice, met Tope Temokun, on the 18th of June, 2021 and arranged that Kemisola Ogunniyi is released on bail without any opposition from the prosecution so that she can take care of her baby from home.

“Kemisola Ogunniyi Criminal trial is pending before a Court of competent Jurisdiction and hopefully with the intervention of Ondo State Government through the office of Attorney-General and Chief Judge of Ondo State, she will be released on bail shortly.

“The office of the Attorney-General of Ondo State remains committed to rule of law by ensuring that the constitutional rights of the good people of Ondo State are protected at all times.”

Explaining why Ogunniyi was kept in remand custody, Titiloye said: “The facts of this case will not be discussed in the public domain in view of the pendency of the matter before the court; this is because any pronouncement of this office in respect of the facts of the case may prejudice the mind of the court.

“However, preliminary investigations into the status/progress of the case shows that Kemisola Ogunniyi was arrested along with three other suspects, by the Ondo State Command of the Nigeria Police Force, during the curfew imposed in Ondo State to curb the riots that took place in the wake of the EndSARS protest in October 2020 at the premises of a property set ablaze during the protest.

“Kemisola Ogunniyi did not disclose to the Police that she was pregnant when she was arrested.

“After investigations by the Nigerian Police, Legal Advice was duly issued that a prima facie case was established against her and Charges were subsequently filed by the Director of Public Prosecutions (DPP) against Kemisola Ogunniyi and three other defendants at the Ondo State High Court, Akure.

“The case has since come up twice before the High Court, Akure. However, the hearing of the case was stalled due to the industrial action by the Judiciary Staff Union Nigeria (JUSUN) which was called off about seven days ago.

“This office is aware that the offences with which Kemisola Ogunniyi was charged are offences for which bail may be granted by the Court and she is entitled to a counsel of her choice who has the duty to file an application for bail before the court.

“It is worthy of note that, at the previous sittings of the court, counsel to two of the four defendants had filed applications for bail.