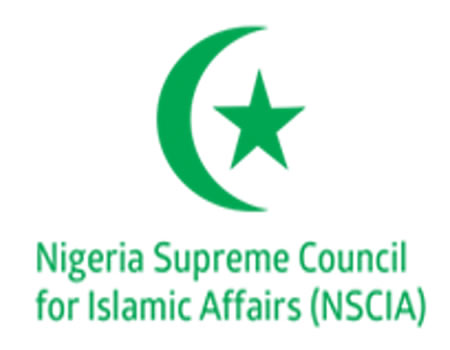 Nigerian Supreme Council for Islamic Affairs (NSCIA), on Friday, called the attention of the Inspector General of Police, Muhammed Abubakar Adamu to reported attack on mosques and Muslim faithful by some hoodlums masquerading as EndSARS Protesters in some parts of the country.

The NSCIA’s chairman, media committee, Femi Abbas in a statement forwarded to Saturday Tribune described the attacks as a threat to the peaceful co-existence of the citizens of the country.

The statement reads, “from reliable information reaching the apex body of Nigerian Muslim Ummah, the current mass protests embarked upon by Nigerian youths across the country, seems to have assumed a dangerous religious posture as mosques and Muslim worshippers are now the targets of protesters’ violence in those parts of the country.

“For instance, the Central Mosque of Orlu, in Imo State, was viciously attacked and burnt down last Wednesday (October 21, 2020) with one Muslim worshipper callously killed, while about four others were terribly injured by the so-called ‘peaceful protesters.”

While explaining that those injured were now in hospital receiving treatment with little hope for survival, NSCIA said: “Before mayhem was fully unleashed on that Mosque, the personal belongings of the worshippers met therein were carted away in a gangster style of predators.”

“The Nigerian Supreme Council for Islamic Affairs is well informed that the Muslims in those regions are now living in fear of uncertainty, having been marked for possible annihilation or massacre, for practising a religion other than Christianity.

“The danger in this development is that a precedent is being aggressively set for a religious war, the consequences of which no one can predict with precision. The incidents that led to the current nationwide protests are well known and well defined. Those incidents, which mainly concern Police brutality, have nothing to do with religion and the Nigerian constitution guarantees freedom of worship in all parts of the country.”

“Judging by many inciting utterances coming out of some houses of worship, in the name of the sermon, in certain parts of the country, before the outbreak of the ongoing protests, the NSCIA had suspected that a hidden agenda was being built, in certain quarters, to engender a dubious insurrection that could serve as a precursor for a religious war in the land.

“Thus, the turning of a supposedly peaceful nationwide protest into a violent one did not come to NSCIA as a surprise. After all, there can be no oozing out of a suffocating smoke from any chimney without the presence of fire, somewhere around, giving vent to the effect of such smoke.

“No well-meaning Nigerian groups or individuals will claim not to know that the NSCIA does not make any frivolous noise, especially through the media, as a matter of threat to any religious group in the country.

However, for the very first time, he said this apex body of Nigerian Muslim Ummah was hereby heaving a sound of warning to any fanatical religious group or individuals that might want to take Muslims as an object of undue persecution in any part of the country.”

“Seeing this development as a very dangerous trend that may entail a very dangerous backlash if not immediately stopped, therefore, the NSCIA hereby calls on all Governors of the South-East and South-South to quickly step into this matter with a view to checkmating the pernicious trend immediately and ensure the lives of Muslims in their respective states.”

“While noting that as a country, Nigeria had enough political and economic problems to grapple with, already, “therefore, adding any religious dimension to those problems may spell doom for this giant of Africa.

The statement, therefore alerted IGP on what it termed dangerous development, the escalation of which might precipitate a deleterious situation for Nigeria, saying “in matters of provocation and aggression, the NSCIA has been patient enough, but it cannot be forced to go beyond its elasticity limit as an apex religious body with millions of worshippers.

The Inspector-General of Police (IGP), Mohammed Adamu, has convened a meeting with stakeholders and has agreed to meet all demands raised by the #EndSARS protesters, which include halting use of force against protesters and unconditional release of arrested citizens….NSCIA raises alarm  NSCIA raises alarm