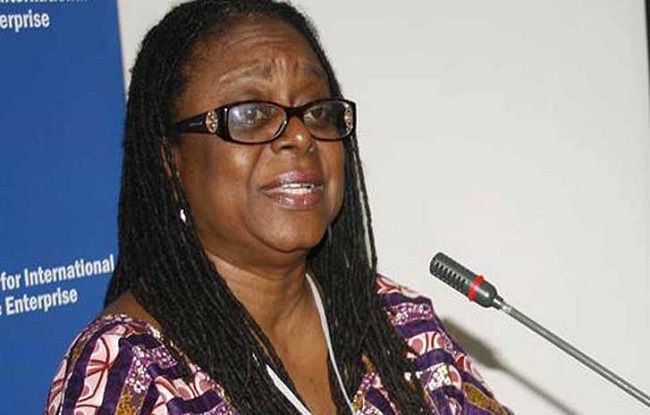 The on-going agitations against police brutality have begun to take its tolls on individuals and businesses, as the nation’s economy is said to have suffered an estimated N700billion loss, in the first twelve days of the protests.

This was disclosed by the Lagos Chamber of Commerce and Industry (LCCI), in a statement made available to Tribune Online, and signed by its President, Mrs. Toki Mabogunje.

The Chamber expressed concerns that the protests had begun to have negative impact on business activities across most parts of the country, especially in the urban areas.

According to LCCI, the nation’s economy had, in the first twelve days, lost an estimated sum of N700billion to the protests, which had continued to spread like a wildfire, across the country.

While commending the youths for organising such an impactful protest, the advocacy group however called on those youths to move on to the next stage of the protest, which should be about dialogue.

The Chamber stated that the need to embrace dialogue had become imperative to reduce the massive disruptions, blockades and barricades around the nation’s major cities and interstate highways, which had been at great cost to the economy and the welfare of the citizens.

“The #EndSARS protest has been impactful and profound. It has demonstrated in unmistakable terms the power of the people and the potency of the energy of our youth to bring about change. The protest has achieved some significant outcomes given the reawakening that it has generated in reforming the shortcomings in our political governance and the fact that some of the demands of the protesters have been met.

“The Lagos Chamber of Commerce and Industry, however, wishes to recommend that the protesters progress to the next stage of civic engagement, which is the dialogue phase of this struggle. This is necessary to reduce the massive disruptions, blockades and barricades around our major cities and interstate highways. These actions have been at great cost to the economy and the welfare of Nigerian citizens,” the Chamber argued.

The organisation also expressed the fear that continued disruptions of business activities would make it impossible for the economy to recover, on time, from the shocks induced by the Covid 19 Pandemic.

It also expressed concerns that the situation might degenerate, and bring unintended outcomes if another level of civic engagement was not adopted.

“We have begun to witness various unintended outcomes of this protest. There is a great risk that the situation may degenerate into a case of complete breakdown of law and order which is certainly not in consonance with the objectives of the #EndSars peaceful protests.

“ It is important to avoid a situation where even more hardship is inflicted on the very citizens that the protesters are seeking to protect,” the Chamber stated.

It however called on President Muhammadu Buhari to urgently grant audience to the leadership of the #EndSARS protests to deliberate on the way forward, and agree on an action plan for the delivery of agreed outcomes.

#EndSARS: Ekiti AG frowns at rape of girls by hoodlums