#EndSARS: Any erring officer will be dealt with according to the law — Police Minister 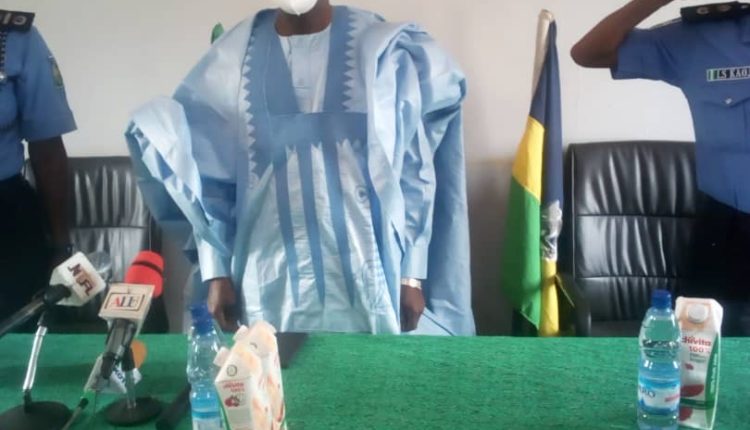 The Nigerian Police Force has reassured that any member of disbanded Special Anti Robbery Squad (SARS), found wanting will be dealt with in accordance to the law of the country.

The Minister for Police Affairs, Alhaji Muhammadu Maigari Dingyadi, stated this while briefing newsmen at the police headquarters, Sokoto Command on Sunday where he revealed he was in the state to speak with relevant stakeholders in accordance with the directive of President Muhammadu Buhari.

Dingyadi flanked by the Sokoto State Police Commissioner, CP Ibrahim Sani Ka’oje, AIG Zone 10, Muhammad A. Mustapha and other senior Police Officers in the state commended the organizers of #EndSARS protest in the country, saying they have the interest of the country at heart and held their demonstration in a peaceful manner.

He, however, appealed to them to call off their protests nationwide and allow the federal government to act on all their demands in a peaceful manner.

He reemphasize that the protest has been hijacked by hoodlums and bad elements who use the situation for their personal agenda.

“The recent happenings in the country where there was a jailbreak in both Edo and Ondo States and subsequent looting of government and private citizens property across the country are examples and should be condemned by all.”

Speaking on the new Special Weapon and Tactical Team (SWAT) unit formation, which was formed to replace disbanded SARS, the minister said the shortlisted officers are currently undergoing training at Police Mobile Training Schools, in different locations across the country.

He reassured that successful officers will also be subjected to medical, mental and psychological evaluation before deployment to the unit.

He divulged that specific functions of the unit have been clearly spelt out, to avoid abuse by the personnel.

“Further measure have been put in place to restrict operations of SWAT until such a time, when their attention is needed.

“The operational mandate of SWAT include, response to robbery attack, response to scenes of weapon-related crimes and rescue operations involving high profile criminals.”

Dingyadi also explained that as requested by the EndSARS protesters, President Buhari has already shown commitment to reforming the Nigeria Police through the establishment of Police Trust Fund Act 2019 and Police Act 2020.

He said the reforms will ensure the redefining of policing in Nigeria, prioritize welfare of personnel, equipping of the police and other components of police reforms initiative.

He said the federal government is deeply committed to the full implementation of building a world class policing system in Nigeria, while assuring that President Buhari has directed the Revenue Mobilization Allocation and Fiscal Commission (RMAFC) to come up with a new salary structure for the police.

Six dead, many injured as warehouse looting continues in Taraba