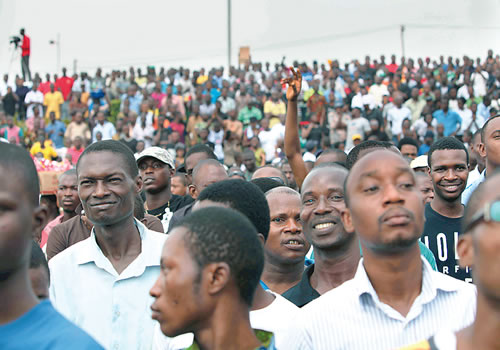 With high rate of kidnapping and armed robbery in many parts of the country, governments have been called upon to intensify efforts at empowering young people to be engaged productively.

Speaking during empowerment and Father’s Day celebration at the Cherubim and Seraphim Movement Church district headquarters, Ilorin, Kwara State at the weekend, cleric in the church and the executive secretary of a philanthropic organisation, Oluwole foundation, Ademola Popoola, decried high rate of unemployment in the country.

The cleric, who called on government to do the needful, said “we may find ourselves in very difficult situation in future because it calls for concern if over 10 million of our population are not working.”

Popoola also called on well-to-do individuals to take care of people around them, saying that, “if you don’t take care of the underprivileged today, they become your enemy tomorrow. “

While speaking on the essence of the empowerment programme, Popoola said that majority of beneficiaries are young people, adding that the gesture is expected to reduce poverty and social ills in the society.

He urged those empowered to use it wisely while the beneficiaries pledged to make good use of the items.