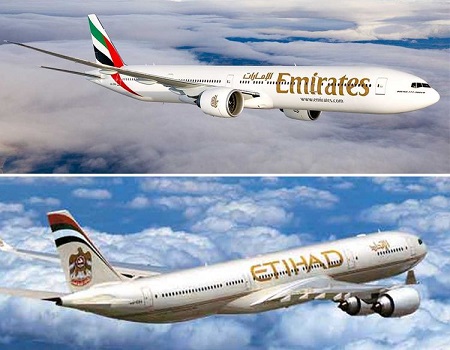 Perhaps a sign of what the future holds for air travellers, Dubai-based airline Emirates has begun carrying out COVID-19 blood tests on passengers at the airport prior to flights.

According to a statement released by the airline, the first rapid COVID-19 blood tests took place on Wednesday at Dubai International Airport, with passengers on a flight to Tunisia all reportedly tested before departure.

The tests were conducted by the Dubai Health Authority at the Group Check-in area of Terminal 3 and results were available within 10 minutes.

Emirates claims to be the world’s first airline to conduct such tests.

“We are working on plans to scale up testing capabilities in the future and extend it to other flights,” said Adel Al Redha, Emirates Chief Operating Officer, in the statement.

“This will enable us to conduct on-site tests and provide immediate confirmation for Emirates passengers travelling to countries that require COVID-19 test certificates.”

The airline has not stated whether any passengers would be refused boarding based on the results of the test. CNN Travel has reached out to Emirates for more info.

Serology (blood) tests aren’t meant to diagnose active coronavirus infections. Rather, they check for proteins in the immune system, known as antibodies, through a blood sample. Their presence means a person was exposed to the virus and developed antibodies against it.

According to the US Food and Drug Administration, in the early days of an infection when the body’s immune response is still building, antibodies may not be detected.

Still, the tests will likely be viewed as a step in the right direction by air travellers, as the world grapples with the question of when and how to safely ease travel bans.

Etihad Airways, also in the UAE, announced it’s set to trial new self-service kiosks at its hub airport in Abu Dhabi in late April to help identify travellers with medical conditions, potentially including the early stages of COVID-19. The technology is designed to monitor the temperature, heart rate and respiratory rate of a passenger.

Airlines around the world have grounded the majority of their fleets due to the coronavirus pandemic, with international air travel slowing to a near standstill as countries close their borders or instil stringent quarantine measures.

The International Air Transport Association’s latest analysis shows that the COVID-19 crisis will see airline passenger revenues drop by $314 billion in 2020, a 55% decline compared to 2019.

Many of the commercial planes still taking off are repatriation flights, organised in coordination with governments to aid citizens stranded abroad.

According to the latest figures, the US State Department has coordinated the repatriation of 62,985 Americans from 106 countries since January 29, 2020.

How COVID-19 is redefining Ekiti politics