Emir of Kano now permanent chairman of council of Emirs 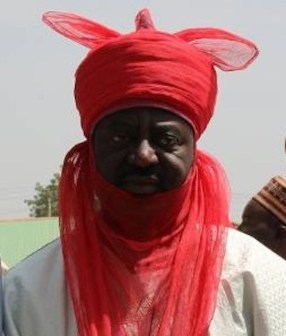 It would be recalled that earlier, the position was on rotational between the five First-Class Emirs.

With the signing of this into law, Aminu Ado Bayero remains the Chairman of the Council, with Gidan Shettima as the Council secretariat, a stone thrown from the Kano Emir’s palace. The event took place during the State Executive Council meeting, held at Africa House, Government House, Kano on Wednesday.

Governor Ganduje further reveals that very soon the Emir of Kano would be inaugurated as the Chairman of the State Council of Emirs, adding that, “…the Secretariat, located at Gidan Shettima has since been under renovation.”

The All Progressives Congress (APC) has told a Federal High Court in Abuja, that the Comrade Adams Oshiomhole-led National Working Committee (NWC) was sacked to solve the internal leadership crises rocking the party…Emir of Kano  Emir of Kano

His son, Aminu Shehu Idris, confirmed in an interview with the Tribune Online that his late father who was appointed on 15th February, 1975 and spent 45 years in the throne died on Sunday after a protracted illness…Emir of Kano