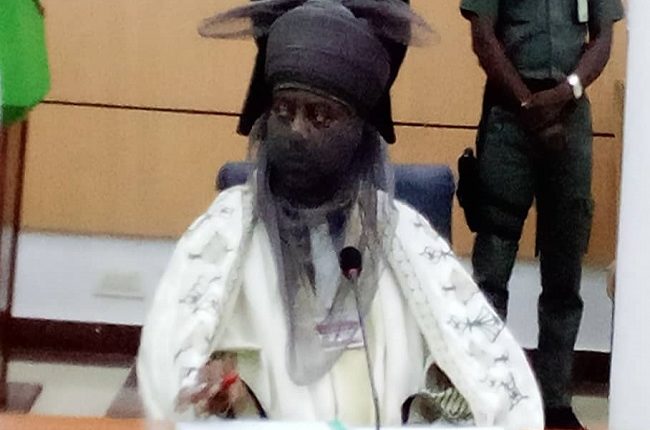 Emir of Kano, Alhaji Aminu Ado Bayero, who is currently on a two-day visit to Ilorin, Kwara State, has called on Nigerians to love one another irrespective of their tribes or cultural affiliations to make the country greater.

Speaking with journalists shortly after he paid a courtesy visit to Governor Abdulrahman Abdulrazaq in Ilorin on Friday, the Emir said that Nigerians should remain united and assist each other at all times.

Alhaji Ado Bayero, who said that God could have made us come from one single tribe and cultural background if He had wanted, added that we should see each other as one irrespective of our tribes.

The royal father also expressed appreciation to the people of Kwara state for the warm reception accorded him during his visit.

Also speaking, Governor Abdulrazaq said the Emir’s visit will rekindle the long tie that had existed between Kano and Kwara States.

He said the traditional institutions of the two states have also contributed to reshaping agriculture and commerce among other areas.

The governor said the state government will ensure more collaboration that will engender growth and development in the two states.

He, however, called for the strengthening of traditional institutions to enable them to contribute in introduction of community policing in the country.

CBN Pegs Exchange Rate At 386/$
Central Bank of Nigeria (CBN) has pegged naira exchange rate at 386 units to the United States dollar as it plans to resume weekly forex sales to Bureau de Change operators from August 31. In a circular signed by O.S. Nnaji, director of trade and exchange department, the apex bank said its decision to resume FX sales to BDCs is to enhance accessibility to forex “particularly to travellers” since the resumption date for international…Emir of Kano Emir of Kano

Blasphemy: I Will Not Hesitate To Sign Death Warrant If Yahya Sharif Fails To Appeal, Says Ganduje
Kano State governor, Abdullahi Umar Ganduje, has said he would not hesitate to sign the death warrant passed on Kano-based singer, Yahya Aminu Sharif if he fails to appeal the judgment. This was just as governor Ganduje said the state government has accepted the judgement passed on Sharif and is ready to abide by it. However, the Nigerian constitution gives the right of appeal to Shariff…Emir of Kano Emir of Kano

Angry youths on rampage as police allegedly kill one in Osun