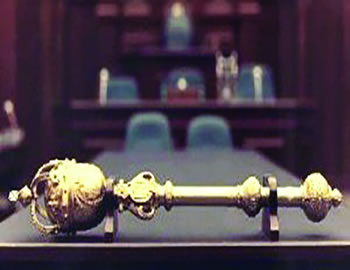 Osun State House of Assembly under the leadership of Honourable Najeem Salaam , has urged Nigerians to embrace the new year with high sense of purpose, positive resolve and optimism

The Assembly hinged its submissions on the determination and signals from the efforts of government, adding that it has rekindled hope that the economic challenges facing the nation would be tackled in the New Year.

In the new year message of the assembly , signed by the chairman, House Committee on Information and Strategy, Olatunbosun Oyintiloye, the Assembly noted that the efforts of the government has shown that there is commitment to bring succour to the country.

The parliament, which acknowledged the tenacity and perseverance of Nigerians in the face of current economic recession, called on Nigerians to support the government policies and programmes, aimed at revamping the economy.

It also encouraged the people to approach the new year with positive outlook and can-do-spirit,  adding that  since the act of insurgency has been largely curtailed by the subjugation of Sambisa Forest, the base of Boko Haram, the government would be able to  concentrate more  on how to tackle the current economic challenges  confronting the country.

The parliament said there is  the need for effective collaboration between the government and the people, which, it said, is imperative to overcome the nation’s pressing socio-economic challenges.

It urged Nigerians at the Individual level to be more strategic, proactive, forward looking and look inwards toward adding value to the national agenda.

According to the Assembly, the steps that have been taken so far by the  current government at the national and state levels, are strong indications that  within a short term, Nigerians would start counting the achievements and progress recorded by the President Muhammadu Buhari-led administration in the area of economy.

The Assembly also commended the state government under Governor Rauf Aregbesola for summoning the leadership courage to tackle the hard economic effects.

It said, the state government, with the support of the state House of Assembly, has done remarkably well in addressing some of the burning issues to make lives more meaningful to the people in the face of the current economic  recession.

“The  Assembly is delighted that notwithstanding the negative effects of the  current economic recession, the government efforts towards addressing the issues, has given hope’

“As Nigerians, we must, therefore,  celebrate and approach the new year with strong determination and optimism that we will overcome our challenges as a nation sooner than later.

“To achieve this, it is very crucial for the government and the people to continue to work together to ensure total restoration of our economy and set it on the path of progress once more”, it said.

The Assembly, then, assured that it would continue to apply appropriate legislative mechanism that would boost economic growth and block the leakages in the state finances to make citizenry more comfortable.

Count N/Delta people out of agitation to divide Nigeria —Wike