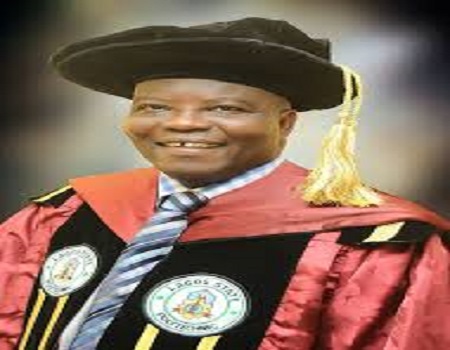 The Registrar, Lagos State Polytechnic (LASPOTECH), Mr Shakirudeen Bello, on Tuesday appealed to striking workers of the institution to sheath their swords and embrace dialogue to resolve the ongoing dispute.

Bello made the appeal during a seminar on industrial relations and dispute management organised by LASPOTECH in Ikorodu.

The News Agency Nigeria (NAN) reports that LASPOTECH non-academic staff had embarked on strike since January this year over the dispute on payment of salary migration CONTIS 15.

NAN also reports that the unions had dragged LASPOTECH to the Industrial Court where they were advised to maintain status quo.

“The seminar was organised to enlighten our workers on the consequences of embarking on strike and the new dynamics of employee relationship with the management.

“Having understood the lecture, I urge you all to appeal to those who did not attend this seminar to let us come to a round table together and look out for a possible way to resolve the ongoing dispute.

“Due to the ongoing strike promotions are put on hold; however, we will continue to organise this kind of seminar till the matter is resolved,” the registrar said.

Dr Rosemary Danesi, in her lecture, advised the unions to make use of the appropriate method of resolving issues, especially dispute among their members or between them and their employer.

Danesi, Senior Lecturer, University of Lagos, said there was a need to properly orientate and educate the union on ways of resolving the dispute.

“Once a dispute is established, the matter should be resolved through a statutory dispute resolution method,” she said.

Ajose-Harrison suggested a review of the condition of service and scheme of service, effective communication, proper information dissemination as well as quarterly meetings between labour and management.

According to him, management should create an information administrator who would not delay dissemination of information and be more proactive in human relations.

“The industrial and labour relation should be used appropriately and both parties should embrace dialogue as a way of resolving an industrial dispute instead of a strike and destroying properties,”