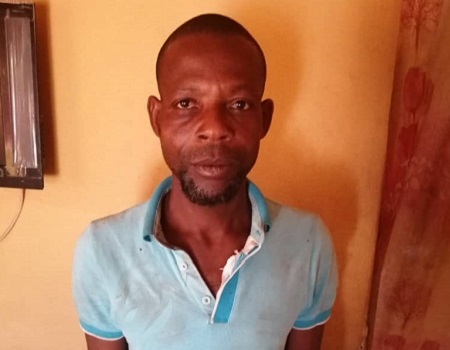 In a fit of rage, an angry electricity customer stabbed two staff of the Abuja Electricity Distribution Company (AEDC), killing one of them in the process.

The incident, which happened in Kabusa, a suburb in the Federal Capital Territory (FCT) threw residents into panic when the culprit, identified as Oputa Vitus, stabbed the duo from behind.

While confirming the incident, the General Manager, Media and Communication of AEDC, Mr Oyebode Fadipe said there was neither a fight nor disconnection of assailant’s house before the attack.

“One of them is dead and the other is receiving treatment in a hospital,” he said.

He, however, confirmed that the culprit has been apprehended and he is in the police station.

Recall that Tribune Online had recently reported how electricity customers in most parts of the FCT were being overbilled.

This has led to protests and verbal attacks on staff of the DisCo which often take the intervention of security operatives to douse the tension.

Also confirming the incident, the FCT Police Command said the suspect has been arrested.

In a statement issued by the Police Public Relations Officer, DSP Anjuguri Manzah, the Command said the arrest was made, following a distress call received, on Tuesday, at Kabusa Division that the suspect armed with a knife inflicted serious injuries on two AEDC staff who were deployed to the community on official assignment, while the knife was recovered as an exhibit.

The statement reads: “As a result of the incident, one Ibrahim Garba Haji ‘m’ 50 years old a staff of AEDC, who was stabbed on the chest, was certified dead at the hospital where he was rushed to for medical attention. Meanwhile, the second victim is still on hospital admission.

“The Command has commenced a discreet investigation into the unfortunate incident and the suspect will be arraigned in court upon the conclusion of the investigation.”

Osinbajo to flag off 2020 police game in Anambra Saturday

Activist calls for investigation of vandalised NIPP project in Kogi