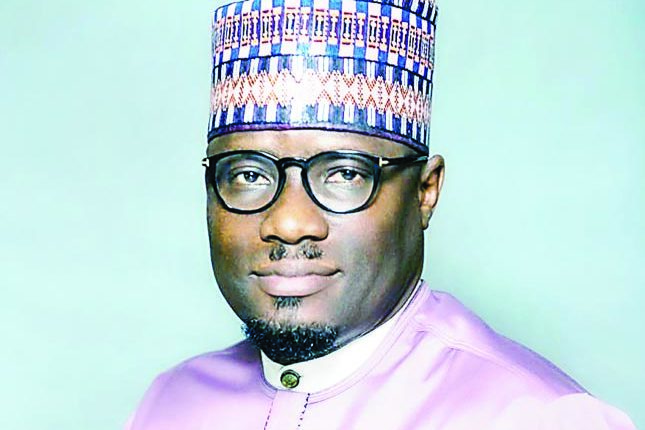 Dapo Ademola-Adesina is a chieftain of the Peoples Democratic Party (PDP) in Osun State, he contested the House of Representatives seat for Ila, Boluwaduro and Ifedayo federal constituency in the last elections. He speaks to YEJIDE GBENGA-OGUNDARE about issues affecting his party. Excerpt.

Electoral laws have been attributed to the challenge faced by parties. What are your thoughts on this?

Whatever electoral laws are enacted in Nigeria should be fair to all political parties and should never favour a particular party. There should be no fear attached to the application of any electoral law at all just like in the United States where there are strong institutions where laws cannot be manipulated in favour of any political party. The just concluded US general election is a clear example of the people’s will.

What  do you think of the recent defection of some bigwigs in your party?

I find those defections ridiculous. I consider them acts of cowardice and actions taken basically as a result of selfish interests and never in the interests of their people. People that leave the party are not bothered about the people, but their own pecuniary interests.

Is the defection a threat to your party?

Well, it may seem to portend danger but trust me, the table would turn very soon. Their action cannot affect the party in any way at the end of the day. But, it is a matter of time before the folly of some actions will be revealed. Let’s sit back and watch how events unfold before the end of the year.

What do you think PDP should do in this situation considering the caliber of people that left?

PDP as a party should remain calm and resolve all the internal wrangling and crises within the party so that the party can be unified and stand as a strong entity in the upcoming elections. In addition to this, the PDP needs to learn from the defeat we suffered in 2019, most especially in fielding unqualified candidates for esteemed positions. We need to learn  to put round begs in round holes and use more vibrant and eloquent youths to fill political positions that would be able to defeat the ruling party. The party should desist from fielding candidates that came through the back door because they were promised certain positions. We need to sit up in the PDP.

Do you hold the belief that PDP will fare better in 2023?

I am sure and optimistic that the PDP will surely have its way in 2023. In fact, we will shock the ruling All Progressives Congress (APC) in the upcoming elections beginning with Anambra State; that I am sure of.

Don’t you think the crisis within the Osun State PDP will affect its performance in next year’s election?

The PDP is a party that knows how to get its acts together and bury any differences before any major elections. With time the power tussle in Osun State PDP chairmanship would be settled and all other issues will also be resolved. No misunderstanding irrespective of the gravity will be allowed to affect the overall interest of the party. The crisis will be resolved amicably. It is better we disagree now to agree later before the election and unite under one common goal which is to defeat the APC.

Senator Ademola Adeleke seems the best candidate for the PDP in the state. With allegations that he doesn’t possess the requisite qualification, what options are available for the PDP?

Before the Osun gubernatorial election in 2022, we will prove to the world that Senator Nurudeen Ademola Adeleke has the required credentials and is perfectly qualified to run as governor.  Also in my opinion, you don’t need to have a masters or PhD to be able to deliver on the dividends of democracy or govern the people properly. All one needs is the fear of God and the will to do good to everyone and he has this quality in abundance.

Are you saying you stand by his ratification by the Osun Central PDP leaders?

I totally support the decision of the leaders from Osun Central. Indeed, I am one of those that took that decision and I am fully in support of the endorsement of the candidature of Senator Ademola Adeleke by the leaders. The party must consider a candidate whose popularity cuts across the state and whose germane character is widely acceptable.

What should the PDP do to avoid people leaving the party near the election period over choice of candidature?

Well, that’s always going to happen but our party has laid down rules and regulation with respect to that. When the time comes, the needful will be done.

Ekiti State will soon have its gubernatorial election. Do you see victory in sight for the PDP in the light of the present situation in Ekiti PDP? Can Chief Segun Oni get the deed done?

I foresee victory for the PDP if and only if we pick the right candidate without bias, a candidate that will give the ruling party a nightmare. Chief Segun Oni, the Asiwaju of Ifaki Ekiti is the man to beat. He is the chosen one for that coveted seat. He is a great, gentle, modest, humble and soft spoken man with so much integrity. I have no doubt in my mind that CSO as he’s fondly called, would coast home to victory in the next elections in Ekiti.

Why does it seem your party has a lot of crisis, especially in the South-West?

There is always crisis in any political party. There is no political party in the world without crisis because it’s a gathering of individuals with different characters, beliefs and ideologies. But I must add that the PDP is good at resolving its crisis.