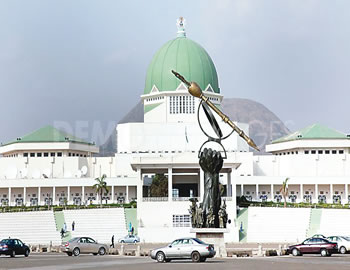 A Civil Society Organisation (CSO), Centre for Liberty (CFL), on Tuesday, called for immediate passage of the Electoral Amendment Bill as the National Assembly resumed sitting from its nine weeks recess.

The group, who staged a peaceful protest in Abuja, carried placards with inscriptions such as Nigerians deserves free, fair, credible and peaceful elections; Give us electoral reforms; Citizens ask National Assembly to give Nigerian electoral act 2020 and Pass electoral act 2020.

Addressing newsmen, the Co-convener of the group, Mr Ariyo Dare-Atoye, announced that over 11 thousand have signed the petition demanding for the passage of the bill.

He said President Muhammadu Buhari, the Independent National Electoral Commission (INEC), CSOs and the media were ready for the passage of the bill but only waiting for the National Assembly who was the only constitutionally recognised authority to do the needful.

According to him: “We saw what happened in the Edo elections where INEC introduced an electronic platform where people were able to check the election’s result. Nigerians are desirous of a public hearing on the bill, so National Assembly should expedite action on its immediate passage.”

Dare-Atoye noted that if passed, it would reduce violence in the nation’s elections and the huge cost expended on it.

The Heads of maritime agencies have looked at the possibility of utilizing the Onitsha river ports and other dry ports scattered across the country towards decongesting the Lagos ports and also easing the pressure on the roads.