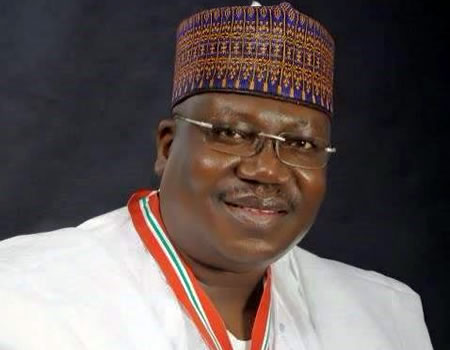 The Majority Leader of the Senate, Ahmad Lawan, on Saturday said there was nothing to worry about in President Muhammadu Buhari’s decision to withhold assent on the Electoral Act (Amendment) Bill 2018.

Lawan told the News Agency of Nigeria(NAN) in Abuja that the Electoral Act (2010) was good enough for the conduct of the 2019 general elections.

He said the President’s decision should not be misinterpreted, adding that it was done in the interest of the country.

“That the President declined assent to the bill was no big deal.

“This is to allay the fears of the citizens, who might think that the 2019 elections would not be well conducted without the amendment.

“What we need to do is to look at the few lapses, especially in terms of administration which does not need any legal backing.

“INEC conducted a very good election in 2015 with the existing act.

“So, I believe that we can use that and nobody should start thinking that the elections will not be free and fair.

“The 2015 elections were free, fair and transparent. All over the world, we were commended for conducting such a credible election.

“It is not like the current act is so defective that we cannot use it, ” he said.

The leader said the bill could be worked on, to be used in elections beyond 2019.

“So, national interest is of utmost importance and not the noise being made by some people. So, there is no reason for worry or agitation.”

Lawan said the president, as an elderstatesman, had the interst of the country at heart and his action should not be misconstrued to mean selfishness.

According to him, the President cares for the masses, the progress, stability and development of the country and would not take any decision that would impact on the nation negatively.

“The President believes in due process and as such he will do anything possible to ensure that our election processes are transparent.

ALSO READ: Atiku US visa request: Over 200 NGOs storm US embassy in Abuja

“For me, Mr President took his time with his advisers to study the bill before coming up with the decision.

“We are all working in the interest of the nation and as such nobody should claim to be more patriotic than the President.

“The president has his track records. This is a president that his whole life has been devoted to public good.

“He has never shown selfishness or done anything to enhance his personal status.

“All he does is for Nigeria to be better. So, I want to say that he cannot be forced to sign something as important as the electoral bill,” Lawan said. (NAN)