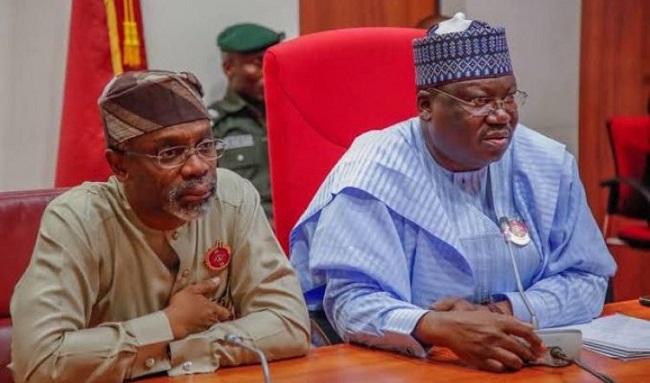 FEW months after Nigerians were treated to a showdown between federal lawmakers in the ruling All Progressives Congress (APC) and the main opposition party, the Peoples Democratic Party (PDP) over resolution on electronic transmission of results, another crisis is imminent in the National Assembly, Sunday Tribune has gathered.

A source confided in Sunday Tribune that while the Conference Committee of both chambers of parliament was yet to come up with a position on the Electoral Act 2016 (Amendment) Bill, 2021, there is an unfolding crisis of confidence over a settled resolution on the method of emergence of candidates for general election.

Investigation revealed that while the Senate adopted both direct and indirect options of primaries, the House of Representatives settled for direct option.

Harmonisation of positions was among the assignment the Conference Committee on Electoral Act Amendment was saddled with.

A source, however, told Sunday Tribune that the leadership of the Senate led by Ahmed Lawan emboldened by the APC majority presence in the Red Chamber is plotting to bring to plenary, direct primary as an amendment bill, banking on APC’s numerical strength to get it passed.

A source told Sunday Tribune that members of the House of Representatives in the Conference Committee have since been prevailed upon to settle for both methods of primaries.

The source further alleged that the meeting was aborted by the leadership of the Senate since it was wary that their plan to push for direct option as the position of the Conference Committee would not see the light of the day.

He further alleged that there is an orchestrated plot to bring an amendment bill before the Senate plenary where the APC lawmaker would get the majority of members to reverse a resolution already taken.

The source further argued: “The agenda is against parliamentary proceedings and there will be no need for the Conference Committee to take a position on it again.

“How parties will conduct their primaries has been passed by both the Senate and the House of Representatives. The House passed a version and said they want direct primaries; the Senate passed one that says it wants both direct and indirect which has always been what was there.

“Now, a Conference Committee on Electoral Act  Amendment has been set up. They were supposed to meet in the hotel on Friday, but the Clerk wrote to inform that it has been put off, only for us to hear from grapevine that the Senate wants to bring back that which has been passed to the floor on Tuesday so that they can use their weight as they have always done to pass only the direct method of primaries.

“What it means is that if they bring it to the floor, it will pass and it means that if it passes through direct, no need for harmonisation by the committee. The Senate President, Ahmed Lawan and especially his deputy, Omo Agege want to bring it to the floor because they are afraid that the Conference Committee will not be able to give them what they want and that is direct primaries.

“Even the House Committee wants it to be followed by accepting the Senate version of Direct and Indirect.

“Now the Senate President wants to impose direct primaries on Nigerians. The Senate had agreed on direct and indirect, but the leadership of the Senate wants to turn around by bringing up at plenary on Tuesday, a decision which had been reached and a Conference Committee set up.

“Now you want to bring it back at plenary as Constitution Amendment when everything has been settled. Right now, it is a personal interest. When APC did direct primary to get President Muhammadu Buhari as the candidate, it claimed that Buhari scored 52 million, but during the real election where both APC and non-APC voted for him, it was 13 million,” the source said.

Will the borrowings ever stop?