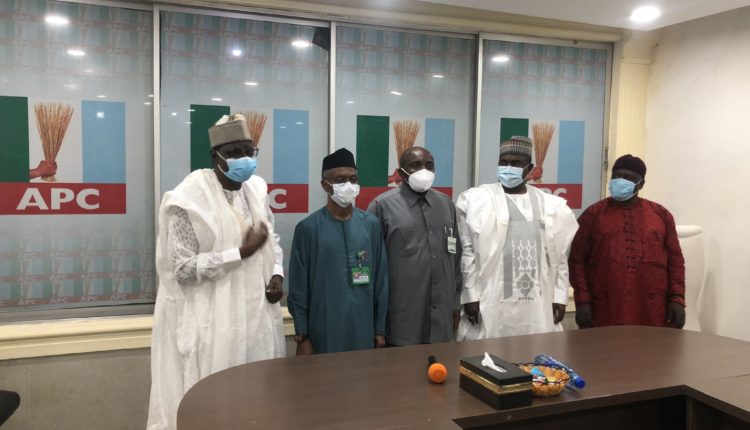 The All Progressives Congress (APC) on Monday constituted a reconciliation committee headed by the Kaduna State governor, Malam Nasir el-Rufai, to resolve the crisis in the Ekiti State chapter of the party which has been embroiled in accusations and counter accusations leading to suspension galore in the party.

The state chapter of the party had suspended 10 chieftains including Special Adviser to the President on Political Matters, Mr Babafemi Ojudu; Mr. Oyetunde Ojo and nine others following what it described as ‘anti-party activities.’ 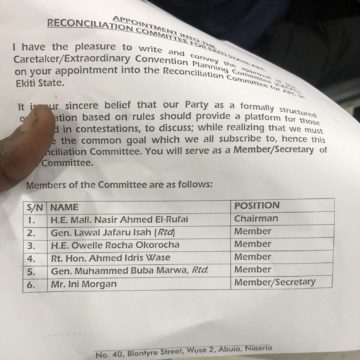 Ojudu and the other party chieftains, in a swift reaction, also announced the suspension of Governor Kayode Fayemi, an action the governor described as a joke taken too far.

However, in order to solve the crisis in the state chapter of the party, the Secretary of the the Caretaker/Extra-ordinary National Convention Planning Committee of the APC, Senator Akpan Udoedehe, on behalf of the Chairman, Yobe State governor, Mai Mala Buni, inaugurated the reconciliation committee at the party secretariat, Abuja, on Monday.

The committee, which has the Kaduna State governor, Nasir el-Rufai, as its chairman, also has retired General Lawal Jafaru Isa, former Governor Rochas Okorocha, Deputy Speaker of the House of Representatives, Honourable Ahmed Wade, retired General Buba Marwa as members, while Mr Ini Morgan will serve as secretary to the committee.

However, both General Buba Marwa and former Governor Okorocha were absent during the inauguration of the committee at the party secretariat on Monday.

The letter of appointment of the committee members read: “I have the pleasure yo write and convey the approval of the Caretaker/Extraordinary Committee on your appointment into the Reconciliation Committee for APC in Ekiti State.

“It is our sincere belief that our party as a formally structured organisation based on rules should provide a platform for those in contestation to discuss; while realising that we must ensure the common goal which we all subscribe to, hence, this reconciliation committee.”

The Heads of maritime agencies have looked at the possibility of utilizing the Onitsha river ports and other dry ports scattered across the country towards decongesting the Lagos ports and also easing the pressure on the roads.

Governor Samuel Ortom of Benue State on Saturday confirmed that he was in consultation with the All Progressives Congress (APC) ahead of the 2023 elections.

Ortom said that he had told the opposition party to allow him to make a consultation with his close allies.