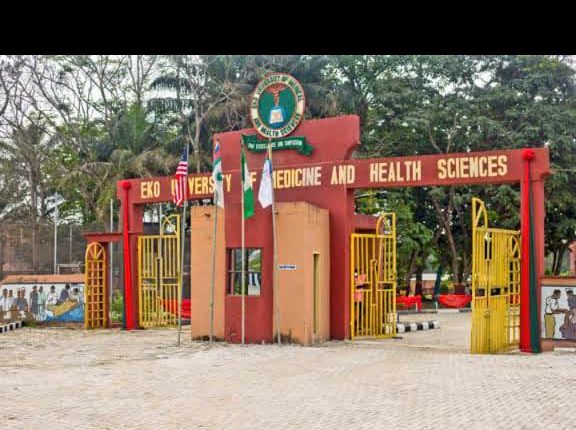 The Eko University of Medicine and Health Sciences (EKOUNIMED), Ijanikin, Lagos, has obtained full accreditation from both the National Universities Commission (NUC) and the Medical and Dental Council of Nigeria to run all its academic and clinical programmes across fields of medicine.

He said the development excited the leadership and other members of the university community.

Mr Sofola, a Professor of Physiology and former Deputy Vice-Chancellor of University of Lagos (UNILAG) Akoka, said EKOUNIMED as a private university licensed for operations in 2017 is established to contribute to the production of quality medical and health professionals for both Nigeria and the global market.

He said the university would certainly help in increasing access in that regard for many qualified youths in the country.

While noting that the carrying capacity of the university in terms of admission has increased from 36 to over 50 students between last year and now due to additional facilities and personnel put in place, he said the university is in partnership with such institutions as Nigeria Institute of Medical Research, Yaba; the Lagos State Health Service Commission and The Eko Hospitals to use their facilities for research and clinical activities and mentorship for students.

He said the university adopts the collaboration method as that is the practice by most universities in the developed countries including the United States and the United Kingdom.

According to him, most universities in the UK and the US including the University of Cambridge don’t have their own teaching hospitals as they are affiliated to various hospitals for their clinical training.

“So, it is high time Nigeria also toed the same path by not putting emphasis on universities having their own teaching hospitals, rather allow them to collaborate with hospitals once they have the right personnel, facilities, and equipment to train their students. And there are many of such hospitals in the country,” he added.

He, however, pointed out that the medical and dental council of Nigeria has already gone in that direction for universities training both medical and health-related fields up to postgraduate level students in the country.