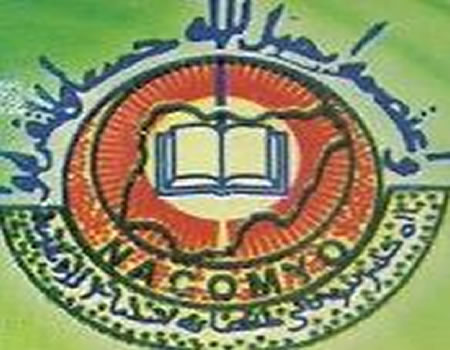 THE Muslim community in Ekiti State has alleged attempt by some politicians and other elements to facilitate the removal of the Alawo of Awo-Ekiti, Oba Abdulazeez Olaleye.

The community, which addressed newsmen in Ado-Ekiti on Thursday, through the National Council of Muslim Youth Organisations (NACOMYO), Ekiti chapter, said it found it appalling that the state judiciary could entertain a case that had been determined by the Appeal Court and become statute-barred in a conspiratorial move to remove Oba Olaleye.

The NACOMYO coordinator in the state, Tajudeen Ahmed, in a speech entitled ‘The Emasculation and Strangulation of Rule Law in Alawo Obaship Tussle’, said the judiciary had no reason to entertain any case already determined by the Appeal Court.

Ahmed said: “On 19th September, 2020, we addressed a press conference condemning the attempt by the Ekiti State government to strangulate justice in Awo Ekiti over government’s decision to institute an administrative panel of the Chieftaincy Committee of Ekiti State Traditional Council to review a case that has been determined to finality by the courts on Alawo of Awo Ekiti matter.

“The resolve of Ekiti State government to institute the illegal committee was borne out of monumental pressures being mounted on it by some Awo powers and principalities that are not comfortable with the emergence of a Muslim as an Oba in the ancient town of Awo Ekiti.

“Ekiti State government in a circular dated 4th November, 2020, via the Bureau of Chieftaincy Affairs, said that ‘it will be expedient for government to remove the Alawo after five years in office as this would give government a bad image and set a bad precedent for government and that any aggrieved party may approach the court of competent jurisdiction for redress having explored and exhausted the required local remedy’.

“As advocates of due process, rule of law, justice and fair play, NACOMYO Ekiti State chapter condemns the ongoing emasculation and strangulation of rule of law in the Alawo of Awo Ekiti chieftaincy matter.”

The NACOMYO leader requested the police to provide adequate security for the traditional ruler due to alleged rising threats to his life and property by his antagonists.

“People of goodwill must condemn this. The government must save the integrity of the judiciary because it is a very strategic pillar of any democracy,” he added.