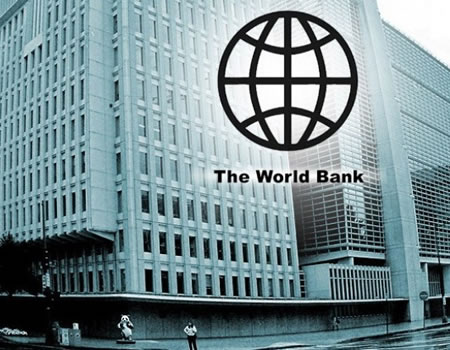 THE Ekiti State government has announced that the World Bank is set to spend $3 million on three government technical colleges in the state under the Bank’s Innovation and Development Effectiveness for Acquisition of Skills (IDEAS) programme.

A statement by the Chief Press Secretary to the governor, Mr Yinka Oyebode, quoted Dr Tunde Adekola, the bank’s Senior Education Specialist, as saying that the IDEAS programme would focus on technical and vocational education skills and would be private sector-driven.

According to him, Adekola stated that the programme aimed at skills acquisition for youth employability and empowerment and added that IDEAS would provide training and certification for middle-level manpower that would see technical colleges return to their original purpose of the establishment.

He said, “the World Bank team members were confident that the programme would be a great success in Ekiti State because of the full accreditation of the state-owned technical colleges.”

Adekola said the World Bank was happy that the five-year programme aligned with the knowledge-based economy being pushed by the Fayemi-led administration.

Governor Fayemi, in his remarks, expressed optimism that the programme would address the deterioration of craftsmanship; stressing that government must make technical and vocational education a desire.

Fayemi faulted the belief in some quarters that technical education was meant for drop-outs, and stated that there was a need for “psychological reorientation” so that “people would know that not going to the university does not mean you are a failure.”

The governor, who restated his readiness to improve youth empowerment in the state, said his administration would provide necessary support for the immediate take-off of the IDEAS programme in the three benefiting technical colleges in the state.

IDEAS is the World Bank’s SEPIP successor programme. SEPIP was started in Ekiti State in November 2013 under Governor Fayemi and the programme had seen to the establishment of various education-related projects, including the ongoing rehabilitation of the Government Technical College, Ado Ekiti.

In a related development, Governor Fayemi has also pledged support for the Federal University, Oye Ekiti to overcome the challenges facing the institution.

Speaking while receiving the governing council of the University, led by its Pro-chancellor, Prof Tunde Samuel, the Governor said university had a role to play in the development of the state.

Earlier the Pro-Chancellor, accompanied by the Vice Chancellor, Prof Kayode Soremekun and other principal officers, had highlighted the challenges facing the varsity; urging the governor to intervene.