Ekiti election: We must be deceiving ourselves to say all is well, says Bode George

Former Deputy National Chairman of Peoples Democratic Party (PDP), Chief Olabode George, has urged eligible Nigerians to go all out, register with the Independent National Electoral Commission (INEC) and obtain their Permanent Voter Cards (PVCs) to enable them to vote their conscience in the 2023 General Elections and effect the desired change.

George made the call on Thursday while addressing newsmen in his Ikoyi, Lagos office, after obtaining his PVC following a change of voting centre.

Speaking on the Ekiti guber poll which his party lost to the ruling All Progressives Congress (APC), Chief George described the outcome as an opener ahead of the Osun governorship election, saying that PDP needed to move out of its cocoon before the campaigns for 2023 General Elections commence, and address series of complaints on ground, adding: “We must be deceiving ourselves to say all is well.”

“The party (PDP) needs to move out before campaign for 2023 General Elections, there are a lot of complaints. We must be deceiving ourselves to say all is well.

“I want to appeal to managers of the party, and all the stakeholders to move out and reconcile all our people, the Ekiti election is an eye opener. They should resolve all issues and calm the frayed nerves,” the party chieftain said.

“On Ekiti, I have weighed all options and as a political leader, I have come to the conclusion that it is time for the managers of our party to call a serious meeting of PDP South-West.

“We cannot allow a joker in power to manage the affairs of the country,” he warned.

The PDP chieftain, who is also a member of the Board of Trustees (BoT) of the party, noted that the 2023 poll exercise was another opportunity for Nigerians to effect a change by voting their conscience to elect the those who would steer the ship of the country, warning that the said ship was wobbling currently with nobody knowing where it was heading to.

“These are trying times, candidates have emerged. I just want to appeal to millions of our people to get their PVCs. It is their power to effect the change we are yearning for,” he said.

“We have the opportunity, come 2023 to effect the desired change and vote our conscience. Please, Nigerians, let’s all be careful. The ship of the nation is wobbling, nobody knows where it is heading to,” he warned.

George, who is also the Atona Oodua of the Source, while responding to a question, enjoined Nigerians not to be discouraged or despondent with whatever challenge that they might have encountered trying to obtain their PVCs, maintaining that the ongoing registration by INEC was a chance to get things right and effect needed change in the country.

This was just as he commended the electoral umpire on its performances in the staggered polls in Anambra and Ekiti states, whose results were instantly posted on the website, saying such was encouraging and an indication that Nigeria could now boast of joining “Club of Civilized Countries.”

“I have my PVC renewed now. Nigerians, don’t get discouraged or despondent, it is a chance to get things right. It is so important, that’s the only way to effect the desired change that everyone has been clamouring for in the country.

“If you see the way INEC has conducted and concluded the recent poll exercises, including Ekiti, that is encouraging. We can say we have joined the Club of Civilized Countries,” George said.

“Please, Nigerians, let us get our PVCs, and vote in the coming general elections. That’s the power you have, don’t get discouraged or despondent,” he reiterated.

Why we arrest motorists with faded number plates — VIO

Osun guber: We are here to win big ahead of 2023 elections ― Sanwo-Olu 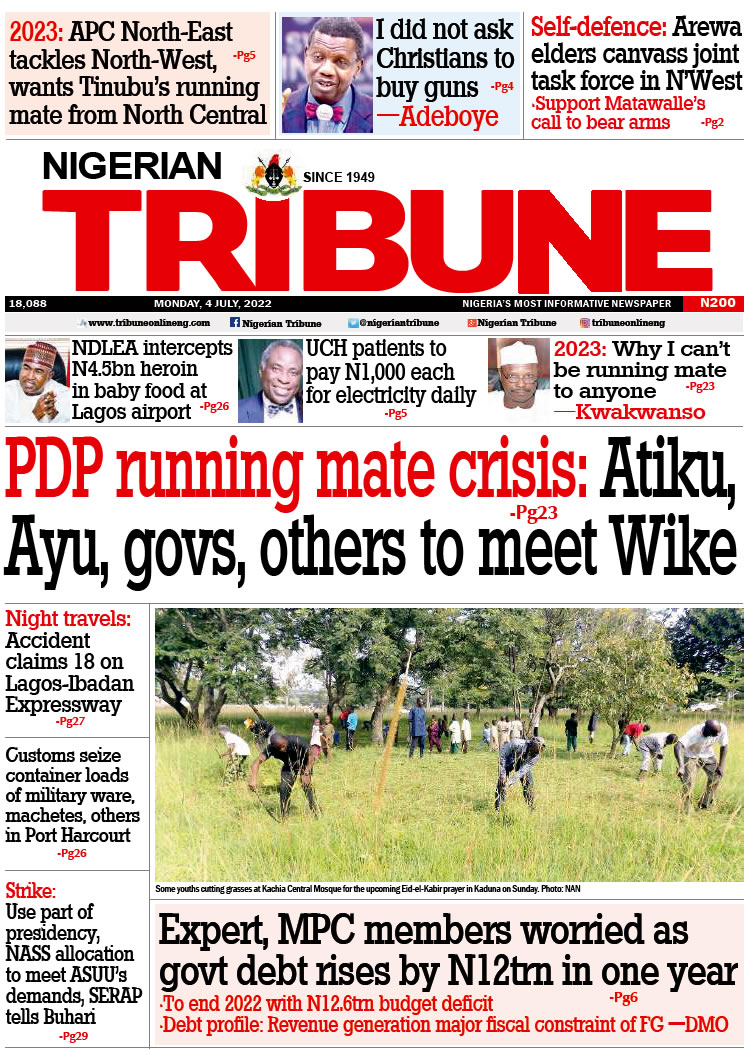