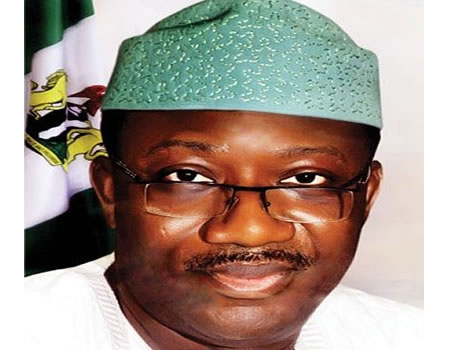 The Judicial Commission of Inquiry set up by the Ekiti State government to investigate allegations of fraud against the administration of the Minister for Steel and Steel Development, Dr Kayode Fayemi, has announced that it will begin proceedings next week Monday at the State High Court premises in Ado Ekiti.

An Ado-Ekiti High Court had rejected an application filed by Dr Fayemi, seeking an interim order to restrain the judicial commission of inquiry from probe his administration.

Justice Lekan Ogunmoye in a ruling held that Fayemi’s request for an interim order could not be granted because the defendants had filed a notice of preliminary injunction challenging the competence of the court to hear the substantive suit.

The Notice issued by Secretary to the Commission, Mr Gbenga Adaramola, read; “Consequent upon the inauguration of the Judicial Commission of Inquiry into the finances of Ekiti State between 2010 and 2014 by the Ekiti State Government, the Commission will commence the public hearing and the following witnesses would be called, examined and/or cross-examined as indicated hereunder.”

The Commission of Inquiry was set up following a resolution passed by the Ekiti State House Assembly few weeks ago, which directed the governor to pursue the investigations given that Fayemi failed to appear before the house when summoned the come and testify.

The assembly had accused Fayemi of diverting funds belonging to the state Universal Basic Education Board while serving as governor of the state.

It has as its terms of reference, to ascertain how much Ekiti State Government received as statutory allocations during the period under review and how same were disbursed.

The commission is also to “look into the financial transactions of Ekiti State between 2010 and 2014; ascertain the amount received on behalf of the State from the Universal Basic Education Commission (UBEC); investigate the allegations of fraud/loss of funds, including the diversion and conversion of the UBEC funds; ascertain the amount that the Ekiti State Government took as loans during the period under review and how they were utilised.”

It was also mandated to consider all other issues relating to the finances of the Ekiti State government within the period under review, and to make appropriate recommendations to the Ekiti State Government.

The setting up of the enquiry was in compliance with section two of the Ekiti State Law on the establishment of Judicial Commission of Enquiry.

The law under which the commission was set up was signed into Law in 2012 by Dr Kayode Fayemi, which means it is an extant law, a Law of the state and not intended to witch-hunt anybody.