• Seeks construction of perimeter fencing to ward off criminals 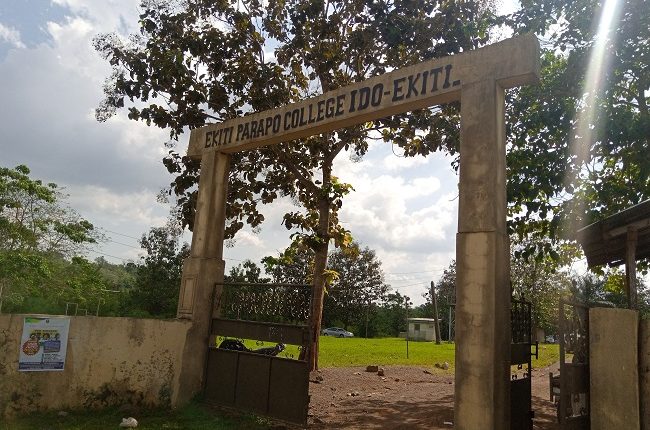 The old students association of Ekiti Parapo College( (EPCOSA) Ido-Ekiti, Ido-Osi Local Government Area of Ekiti State has commended the state governor, Dr Kayode Fayemi, on his administration’s intervention in the planned renovation of staff quarters and girls’ hostel in the college.

The outgoing national president of the association, Mr Ayo Ogunruku, who spoke during the reunion, homecoming and elections of the association hosted by the 1978 sets at the weekend in the school premises in Ido-Ekiti noted that the interventions of the government in the foremost college and other schools across the state has helped in no small measure in improving the standard of education in the state.

Ogunruku who commended members of the association both home and abroad for their support to the executives, urged them to contribute their quota aimed at the development of their alma mater, saying government alone cannot attend to all needs in the college.

He called on the state government in view of the growing insecurity in the country to intensify efforts in constructing perimeter fencing around the legacy school to ward off criminal elements and ensure the successful return of the full boarding system.

He said: “I am reliably informed that the government has approved the renovation of some staff quarters and the girls’ hostel in the first instance, we are putting pressure to see that this is done. We are this juncture place on record our deep appreciation to the state government in this regard.”

While hailing 1978 set for hosting this year’s reunion and renovating a block of five classrooms, Ogunruku advised members, ” to eschew bitterness and rancour because we are children who have sucked from the same breast and we should therefore come together to give back to the breast.”

The president of the ’78 set, Dr Funmilayo Odunayo, said the set was delighted to host the national reunion and AGM of the alumni association, revealing that aside from the renovated classrooms, the set would be presenting to the college a newly built three-room toilet for the use of the school’s principal and members of staff.

On his part, the permanent secretary of the federal ministry of women affairs, Engr Olufunso Adebiyi, who was represented by the executive director of International Press Center (IPC) who is the secretary of the ’78 set said the college is a reputable and foremost school who has carved a niche in a global world with their graduates dominating in their respective careers.

The newly elected president of the association, Dotun Adekambi, while expressing his gratitude for the confidence reposed in him by members, solicited their support in his bid to lead the alumni association that would bring positive changes to the college.

Responding, the school principal, Mr Jonathan Ilesanmi, hailed the old students association for their numerous contributions across all areas in the school.

Ilesanmi said students of the school are doing extremely well in their academic pursuit especially on external examination, soliciting more support in the construction of perimeter fencing, “to guard against infiltration into the compound via unauthorised routes.”

Verdict: The viral WhatsApp voice note claim is a hoax. The content is not new and has been circulated as a broadcast message several times in the past.Ekiti college alumni hail Fayemi over renovation of school hostel