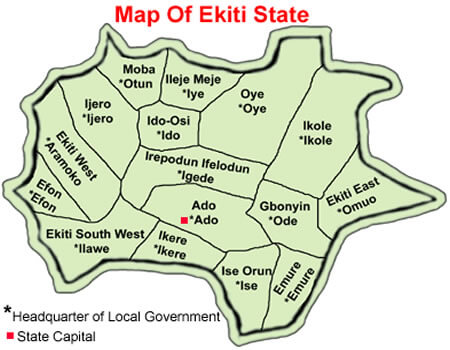 Renowned lawyer, Aare Afe Babalola (SAN), has said the much-expected airport project in Ekiti State failed because the Kayode Fayemi administration said the state did not need such a facility and did not follow up the Federal Government’s intention to set up one in the state.

He disclosed this in Ado-Ekiti on Thursday during the laying of the foundation for the ABUAD Industrial Research Park.

According to a press statement by the Chief Press Secretary to the Ekiti State Governor, Mr Idowu Adelusi, Aare Babalola, who is the founder of the Afe Babalola University, Ado-Ekiti (ABUAD), who spoke on the need for such a facility, noted that since the state had no rail line passing through it, an airport would be a better option for people to access the state.

He noted that he made spirited efforts at getting an airport built for the state during the Goddluck Jonathan administration and that apart from the state, Bayelsa and Gombe were other states earmarked for the project.

He added that while the other states had their airports built, the Fayemi administration did not show interest in it.

Also commenting on the project, Governor Ayodele Fayose said he made efforts at getting the airport built when he first came to office, but that the efforts were frustrated.

“We acquired land and moved to site after meeting with all stakeholders. In fact, we had cleared over 30 hectares of land. Surprisingly, some people went to instigate some land owners and they went to court to stop the project. The matter is currently at the Appeal Court.

” It is the Federal Government that has the power to build and operate airports in the country. I am appealing to great sons and daughters of Ekiti like Baba Afe Babalola to intervene and call all sides together and resolve the issue. We are greatly disadvantaged. The rail line they are proposing was not planned to pass through the state and it was not until we cried out that they said they had connected the state,” he said.

Fayose said ABUAD was beyond the founder and that it had become a state project.

“This university is beyond Baba Afe and his family it has become our identity in the state. He is bringing development to our state. I appeal to our people to come home and develop our state. We have no choice other than to support this good venture and if you want land we are ready to give you. We all have a duty to support the university,” he said.

The Special Guest of Honour, His Imperial Majesty, the Ooni of Ife, Oba Enitan Adeyeye Ogunwusi, commended Babalola for his initiatives.

He prayed that God would give him long life to further take the ABUAD project to higher level.

Also speaking, the Ewi of Ado-Ekiti, Oba Rufus Adejugbe, noted that the ABUAD founder had positively impacted on the lives of many people in the state.