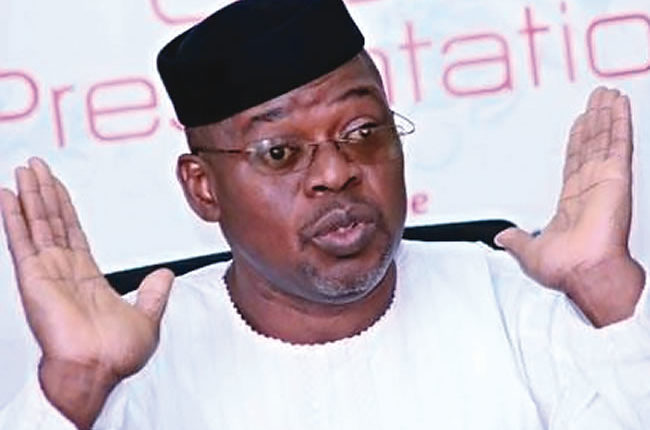 The candidate of the Social Democratic Party for the June 18 governorship poll in Ekiti state and former Governor, Chief Segun Oni, has advised the electorate to troop out en masse on election day to cast their votes and also prevent poll riggers from subverting their will.

Oni appealed to people to act as true soldiers of democracy and rescue themselves from bad governance that has taken over the land after his exit in 2010.

The SDP candidate noted that he was not seeking reelection for personal enrichment like some governors were allegedly doing in Ekiti, saying he bowed to people’s pressure to plunge into the race and prevent a few individuals from cornering the state’s commonwealth.

He spoke on Monday during his visit to Ido/Osi, Moba and Ilejemeje local Government areas of Ekiti State on a consultation with party members ahead of the June 18 election.

Oni while addressing the party members urged the SDP adherents not to succumb to intimidations from the ruling All Progressives Congress (APC) and the Peoples Democratic Party (PDP).

He described the two dominant parties as spent forces in Ekiti, saying the outcome of the coming election would convince them that they are already rejected by the masses.

According to him, “I want to assure you that the SDP will win the June 18 poll, so don’t allow anyone to terrify you, we are taking over government from them. Nobody can claim to be more Ekiti than us. We believe the election will be free and fair.

“I want you to come out and begin aggressive mobilisation and get prepared. I am happy with the groundswell of support we have been getting from the Ekiti people, but this should be translated to victory on June 18.

“We are sure of victory, but they are planning to rig and I know that Ekiti people will prevent their rigging because the power of the people is mightier than any power. Act as through soldiers of democracy and defend your votes and your state.”

Oni promised that his government will banish poverty like he did in his first term by initiating programmes that will touch the grassroots.

In spite of the huge investment in the water sector by the government and international organisations, water scarcity has grown to become a perennial nightmare for residents of Abeokuta, the Ogun State capital. This report x-rays the lives and experiences of residents in getting clean, potable and affordable water amidst the surge of COVID-19 cases in the state…Prevent politicians from subverting  Prevent politicians from subverting

BNXN is a boost to my career, says Tomide aka Bayarn