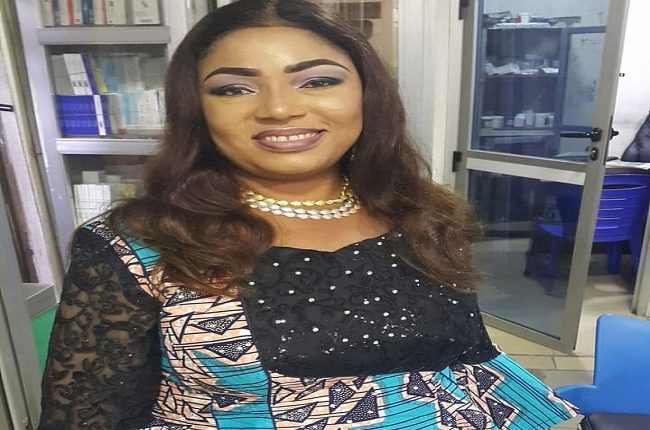 Tribune Online reports that Mrs Efede was left off the hook night of October 27, barely a week after her abduction by gun-wielding hoodlums along Airport Road in Warri South Local Government Area of Delta State.

The mother-of-five was on her way home in her Toyota Sienna with three of her apprentices after a hard day’s job at her pharmacy at Ometa when she was ambushed and taken away to an unknown destination where she was kept for eight days.

During the ambush, one of her apprentices seated with her in the front identified as Friday was shot in the anus when he attempted to bolt away from harm’s way. He’s still recuperating after major surgery was carried out on him at an undisclosed hospital.

The hoodlums had established communication with the victim’s family members demanding N50 million as ransom two days after her kidnap.

She, however, regained her freedom and reunited with her family after coughing up an undisclosed amount different from the demanded amount agreed on as ransom to the hoodlums.

It could not be ascertained what led to her demise around 11:00 p.m on Monday, November 2, but Tribune Online had earlier reported that Mrs Efede had suffered a partial stroke and had had other underlying health conditions including high blood pressure which she was managing.

Sources said that her sudden death could have been facilitated by a lack of continuation of her daily medication while in the custody of her abductors.

“When she was kidnapped, she couldn’t access her drugs for barely eight days and that must have taken a toll on her health,” a family source disclosed.

As of the time of filing the report on Tuesday, the remains of Mrs Efede were still in the ward of the hospital where she reportedly died late Monday night.

When Tribune Online visited the deceased’s Ometa Efe Samtex Pharmacy Ltd headquarters, no one could be sighted as the facility was under lock and key.

A neighbour wearing a mournful look disclosed that workers in the pharmacy were on their way to the hospital where their boss reportedly gave up the ghost.