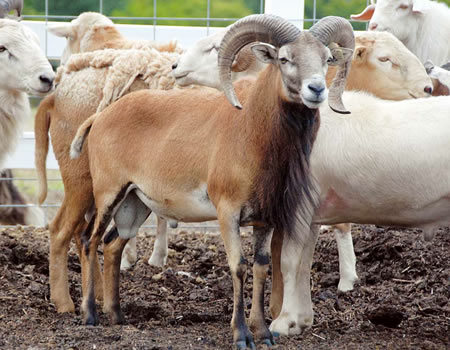 Three days to Eid-el-Kabr festival, prices of rams have soared in Kano with sellers complaining of low patronage.

Also, prices of rams have increased by 40 to 50 per cent, compared to that of last year, few days to the Eid-el-Kabir in Minna, in spite of low patronage, the News Agency of Nigeria (NAN) reports.

The News Agency Nigeria (NAN) reports that the prices of the animals in Katsina State, however, remain static due to low patronage.

Although the animals are available at major livestock markets in the Kano metropolis, sellers complained of low patronage.

Yaro said that although the patronage was low, prices had gone up by about 30 per cent compared to last year.‎

“People are complaining about the prices, but they must understand that we didn’t buy them cheap; so there is nothing we can do but pray things improve in the coming days.”

Another dealer in the market, Sabo Maigari, told NAN that he sold only seven out of the 30 rams he brought to Kano a week ago.

“The economic situation has contributed to the low sales and is affecting us,’’ Maigari said.‎‎

He attributed the current high prices to the increase in the cost of transporting the animals from Niger Republic.

Malam Buba Saidu, another dealer who brought rams from Zamfara, said some of the customers were only coming to bargain without buying‎.

“We pray to make some sales before Sallah because returning the rams to Zamfara will be a loss to me, considering the expenses.
‎
“Things are very hard nowadays, we appeal to the Federal Government do something urgently to address the suffering of the masses,’’ he said.‎

Idi Sule, a buyer at Dawanau cattle market, said he was at the market for the second day but could not afford the price.‎

“I am here today very prepared to see that I get one,” he said.‎

‎Another buyer, Rasheed Ola, expressed hope that the prices would fall when more rams flooded the market in the state.‎

It was observed that following the rising cost of animals, especially rams, some people in the state, particularly civil servants now contributed money to buy cow and share the meat.

In International Maiadua Market, Katsina State, NAN reports that the poor patronage was attributed to the current recession in the country.

He attributed the low patronage to the current economic recession affecting the nation, stressing that majority of the dealers had to take their rams back home due to lack of patronage.

Musa Maidoya, another dealer at the cow section of the market, lamented the low patronage of the animals.

He said a bull of N120,000 was being sold at between N80,000 and N90,000, adding the animals were brought from Niger Republic but the market was poor compared to last year.

A survey conducted in Minna on Monday at the Central Livestock Market, showed that the market recorded low turnout of buyers.

Several rams were seeing being dragged about in the metropolis by hawkers, who were also seeking potential buyers.

Malam Isa Abubakar, a livestock dealer, told NAN at Tunga Roundabout that business was not moving as expected.

“People are complaining that there is no money and some civil servants are yet to be paid,’’ Abubakar said.

Malam Musa Abubakar, another dealer, said the prices of rams ranged from N30,000 to N90,000, depending on the size and purchasing power of the buyer.

Malam Danlami Abdullahi, at Bosso Market, said though he had recorded higher sales compared to 2016, he could not increase the prices because people were short of money.

“People are coming to buy rams and goats; some others came, bought cow to be shared among themselves,’’ Abdullahi said.

According to him, last year, “we sold many rams but this year, business is not moving as customers were complaining about lack of money.

“By this time last year, I had sold over 56 rams few days to Sallah (Edid-el-Kabir) but as I am talking to you, I only sold nine rams in two days,

“People are bringing rams from other markets here due to patronage”.

NAN reports that sellers of chicken were, however, making brisk business in Minna Central Market.

A seller, Mr Kabiru Tanko, said he had sold all the birds he brought and had to restock.

According to him, the prices are a bit higher when compared with 2016, due to the high cost of animal care and chicken feed.