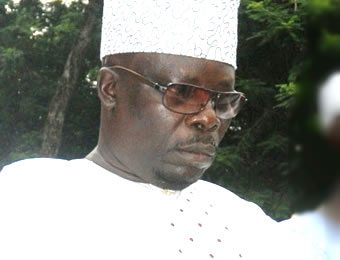 As Nigerian Muslims join their counterparts the world over to mark this year’s Eid al-Adha, the Aare Musulumi of Yorubaland, Edo and Delta States, Alhaji Dawud Akinola, has admonished the faithful to be willing and ready to make sacrifices in order to keep their feet firm on the straight path and earn the pleasure of Allah.

Alhaji Akinola’s admonition was contained in a statement issued from Makkah, Saudi Arabia, where he is currently providing leadership and guidance to Oyo State pilgrims as the state’s Amir-ul Hajj.

According to Alhaji Akinola, Allah is using the symbolism of the Eid al-Adha festival to hint at the qualities He demands from His creations, especially faithful human beings, some of which the renowned merchant listed as sacrifice, purity of heart and faith and obedience of His commands without ceasing.
The Muslim leader described Prophet Ibrahim, at whose instance Eid al-Adha is being celebrated on a yearly basis, as the perfect example of obedience to Allah in all matters.

Akinola charged Muslims, especially the well-to-do ones, to exhibit the willingness to give up some of their bounties in order to strengthen ties of kinship and friendship and help those in need.
He appealed to all to celebrate with modesty and avoid incurring unnecessary debt in a bid to have blissful celebrations.

While reiterating that Nigerian pilgrims, especially those from Oyo State, have dedicated a good chunk of their time in the holy land to pray for the peace, progress and harmony of the country, the Amir of Yoruba Muslims charged the faithful at home to use the period of the celebration to pray for end to kidnapping, banditry, killings and other vices threatening the existence of the country.

Olunloyo, Gani Adams, Esuola, Olaopa, others to be honoured at 10th Oranyan festival…