Latest NewsWorld News
By Paul Omorogbe On May 7, 2020 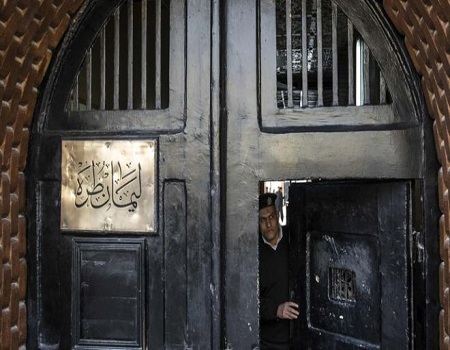 Egypt has said alcohol poisoning caused the death in prison of filmmaker Shady Habash, who was detained after he made a music video mocking the president.

Habash, 24, died in Cairo’s Tora prison at the weekend after drinking hand sanitiser he had mistaken for water, according to the public prosecutor.

The sanitiser was given to inmates to reduce the spread Covid-19, he said.

Human rights activists have alleged that Habash’s death was the result of medical negligence.

He had been held without trial since 2018 on charges including “spreading fake news” and “belonging to an illegal organisation”.
Habash was arrested after directing a music video by exiled singer Ramy Essam called Balaha. The slang term, which refers to a character in an Egyptian film who is a liar, has been used by critics of President Abdul Fattah al-Sisi to mock him.

Mr Sisi led the military’s overthrow of his democratically elected predecessor, Mohammed Morsi, in 2013. Since then, he has overseen an unprecedented crackdown on dissent, in which tens of thousands of people have reportedly been detained, hundreds have been killed and hundreds more have gone missing.

Habash denied he had anything to do with the music video’s content.

The writer of the song, Galal el-Behairy, was sentenced to three years in prison by a military court in August 2018. But Habash was not put on trial before he died, despite the two-year limit on pre-trial detention having been exceeded.

In a letter last October, he wrote of his despair at “having been thrown in a room two years ago, being forgotten, without knowing when or how you will get out”.

He added: “Prison does not kill. It is only loneliness that does.”

Lawyer Ahmed al-Khawaga told AFP news agency that due to measures taken to prevent the spread of the coronavirus through Egypt’s crowded prisons, no-one had been able to see Habash recently.

But Mr Khawaga said the filmmaker’s health had deteriorated over several days. He was taken to hospital but died hours after being discharged and returned to prison on Friday night, he added.

On Tuesday, the public prosecutor said in a statement that a preliminary investigation had found that Habash told a prison doctor “that he had drunk a quantity of [alcohol-based sanitiser] at noon on the day before his death”.

Habash was cited as saying he had mistaken a bottle of sanitiser for one full of water and that he was suffering from stomach cramps.

“The physician gave him antiseptic and antispasmodic drugs and had him return to his cell to stabilise his condition,” the statement added.

When Habash’s health deteriorated the doctor decided to transfer him to a hospital, but he died before that could happen, according to the statement.

Several human rights activists said that even if taken at face value, the statement was evidence of medical negligence by the prison authorities.

“There are multiple holes in the story and in the alleged eyewitness accounts the statement then quotes,” tweeted Mai El-Sadany a Washington-based lawyer.

“And of course, the 5.5-page statement fails to address a key legal issue: Why was Shady Habash still in illegal pre-trial detention beyond the domestic two-year maximum?”