EFCC seeks collaboration with media in fight against corruption 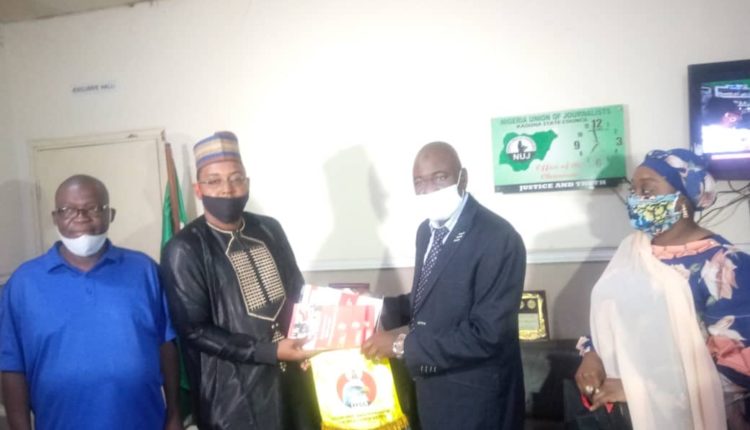 The Zonal Head of the Economic and Financial Crimes Commission (EFCC), Sani Abdullahi, has said that the fight against corruption in the country would not be successful without the input of media.

It was for this reason he stated that when he assumed office, he decided to pay a visit to the Nigeria Union of Journalists Secretariat (NUJ) in Kaduna.

According to Abdullahi, the visit was meant to further cement the existing relationship between the commission and the media.

The media he said is important in ensuring the commission’s success.

He appreciated the efforts of Kaduna journalists for covering their activities while urging that they continue to support the commission in their fight against corruption, saying, without the media support, we would not be where we are today.

“We need to cement our relationship so that we can forge ahead and NUJ is our first place we are visiting and that is to show the importance we attach to the union.

Responding, the Chairman of NUJ, Comrade Adamu Yusuf disclosed that journalists in Kaduna State have expressed readiness to join the fight against corruption in the state and in Nigeria by forming an anti-corruption group, Journalists Against Corruption (JAC).

While assuring the new EFCC boss of the readiness of journalists to continue to partner with the anti-graft agency in the fight against corruption, he urged the EFCC to beam its searchlight on media houses who reneged on their agreement to pay their workers their salaries noting that it is affecting the journalists adversely.

“EFCC and NUJ have cordial relationship in Kaduna State. Journalists are EFCC partners in fighting financial crimes in the state. We will continue to give you maximum support and cooperation to ensure that you succeed. We will soon invite you to NUJ to inaugurate NUJ members ready to fight corruption in the state under the name Journalists Against Corruption (JAC).