EFCC should have prosecuted CCT Chairman 5 years ago ―Otteh 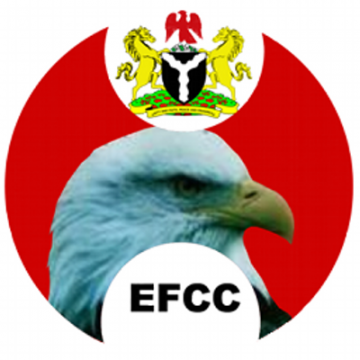 FOLLOWING the revelation by the Economic and Financial Crimes Commission (EFCC) that it had filed criminal charges against the Chairman of the Code of Conduct Tribunal, Danladi Umar,  a rights group, Access to Justice, (A2Justice) has expressed reservations about the anti-graft agency waiting for five years before deciding to prosecute Umar.

In a statement signed by the Executive Director of A2Justice, Joseph Otteh,  the group noted that the prosecution of Umar is a welcome development, with a view of ensuring that the CCT functions with integrity and that those who administer justice in any form do not pervert the cause of justice or abuse their adjudication authority.

“In this respect, we welcome efforts to establish whether Danladi Umar is guilty of allegations made against him and is fit to continue in his current office.

“However, A2Justice regrets that the EFCC did not act sooner with respect to Danladi Umar, and waited for nearly five years before reaching the decision to do something.

“Unfortunately, that time interval has been a costly one: the failure to act before this time fostered the impression that Danladi Umar was invincible and unstoppable, and gave Danladi Umar the opportunity to run the CCT as a personal treasury.

“Right from the time of his appointment as Chairman, Danladi Umar has been dogged by allegations of corruption and financial malpractices, and these claims have come both from within the Tribunal and outside of it,” Otteh said.

Otteh added that efforts of a number of whistle-blowers to draw the attention of anti-corruption agencies to what was going on within the CCT drew blank, and in the end, those people were forced out of the CCT.

“The failure of the EFCC to act on the many allegations against CCT Chairman Danladi Umar for many years, until now, will trigger doubts among many about whether the Commission is now going after Danladi Umar in good faith, or, if indeed, other overarching factors are at play in this dramatic turn of events.

“These cynicisms will create ambivalent perceptions of the forthrightness of anti-corruption agencies, and, in this case, spark some level of public anxiety about the motive behind this prosecution, a scepticism that is wholly unhealthy in the fight against corruption.

“To fight judicial corruption effectively, anti-corruption agencies must, as a rule of thumb, be consistent and unwavering, and not permit the public to read mixed messages from what they do, or do not do,” he said.

Otteh called for Danladi Umar’s suspension from office pending the trial of the criminal allegations against him, and, pending a formal suspension, requests Danladi Umar to go on an indefinite leave.

“Notwithstanding the trial, and as we said in our 2016 report of the CCT, it is no longer tenable for Danladi Umar to continue in office as the Chairman of the Tribunal. He has brought the CCT nothing but public ridicule and embarrassment which has done incalculable harm to the image of the Tribunal and the Judiciary in Nigeria,” he said.