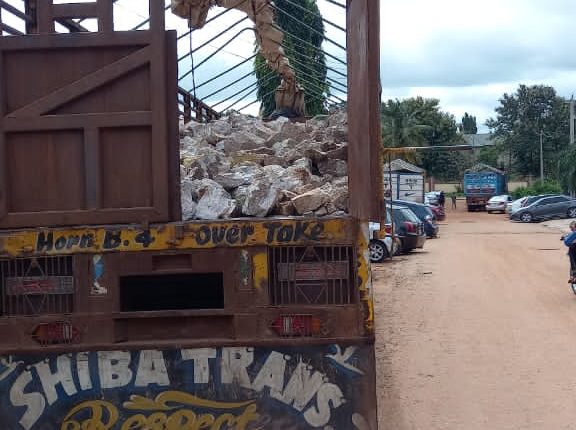 The suspects were arrested by the Ilorin zonal command of the Economic and Financial Crimes Commission (EFCC) in collaboration with the Kwara state command of the Nigeria Security and Civil Defence Corps (NSCDC) and the Federal Mines and Steel Development.

According to a statement by the Public Relations Officer of the NSCDC in the state, Ayeni Olasunkanmi, the local miners were arrested on Tuesday, August 30, 2022, during a joint operation, which, he said, followed credible intelligence received by the EFCC over some suspected illegal miners operating in the area.

“Five (5) trucks fully loaded with different brands of solid minerals were recovered from the suspects.

“Preliminary investigations revealed that the suspects were not paying royalties to the Federal Government as required by law.

“The suspects will soon be charged to court upon the conclusion of the ongoing investigation.

“You may recall that the Ilorin Zonal Command of the EFCC and NSCDC, 8 Kwara had last Thursday, August 25, 2022, intensified efforts to tackle illegal mining in the state,” he stated.

If you are worried about your breasts sagging, you are definitely not alone as many other women feel the same too. Breast sagging can be caused by a variety of things, such as genetics, pregnancy, size and shape, weight loss or gain, smoking, menopause, illness such as breast cancer, and so forth….

Former Soviet leader Mikhail Gorbachev has died aged 91. Mr Gorbachev, who took over in 1985, is best known for opening up the USSR and for his rapprochement with the West, but he was unable to prevent his country collapsing in 1991…