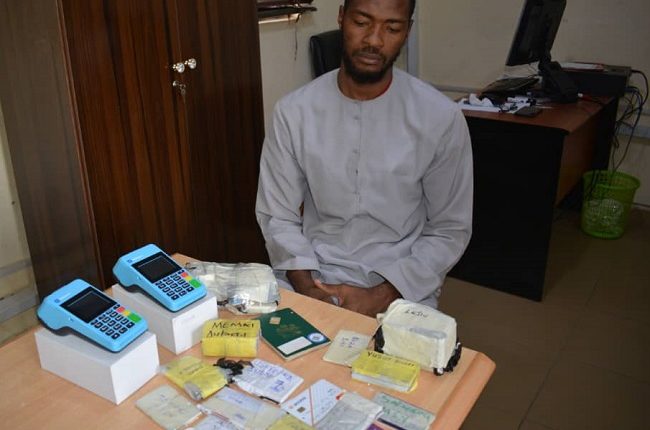 Operatives of the Economic and Financial Crimes Commission (EFCC) have arrested three suspects at the Malam Aminu Kano International Airport (MAKIA) in Kano while attempting to smuggle a total of 1,144 Automated Teller Machine (ATM) cards out of the country.

The suspects: Abdullahi Usman; Musa Abubakar and Abdulwahid Auwalu, according to EFCC spokesman, Wilson Uwujaren, were arrested by operatives from the commission’s Kano Zonal Command between November 24 and December 1, 2021.

Uwujaren informed that upon their arrest, it Musa Abubakar, who was on his way to Dubai, United Arab Emirates (UAE), was discovered to have concealed 714 ATM cards, while Abdullahi Usman, who was heading to Saudi Arabia, had  298 ATM cards in his possession.

Auwalu, on the other hand, was arrested with 132 ATM cards while trying to board an Ethiopian Airlines flight to Istanbul, Turkey.

The suspects, according to the commission’s spokesman, would be charged to court as soon as the investigation was concluded.

In spite of the huge investment in the water sector by the government and international organisations, water scarcity has grown to become a perennial nightmare for residents of Abeokuta, the Ogun State capital. This report x-rays the lives and experiences of residents in getting clean, potable and affordable water amidst the surge of COVID-19 cases in the state…EFCC arrests three suspects  EFCC arrests three suspects