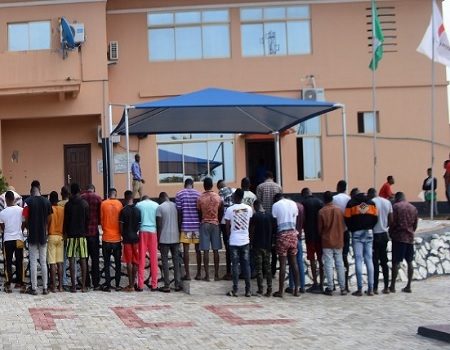 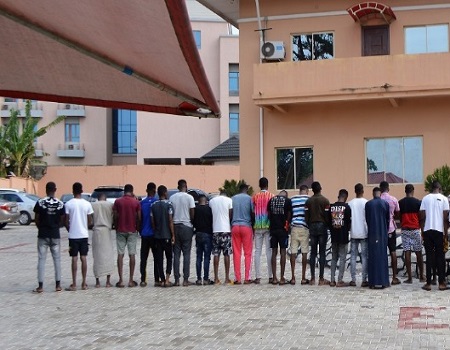 This was made known by the Acting Head, Media and Publicity, Tony Orilade, in a statement issued on Thursday and made available to journalists.

Orilade revealed that “the suspects, many of whom claimed to be undergraduates, range between the ages of 18 and 28 years.”

Chronicling on how the suspected were rounded up in the state, he said, “they were apprehended at locations around Alabata area of the ancient town, following actionable intelligence on their alleged involvement in internet-related crimes.”

According to him, “the early morning raid also led to the recovery of valuable items, including three exotic cars, mobile phones, laptops, and SIM cards, from the suspects.”

He informed that the suspects will soon be arraigned in court.