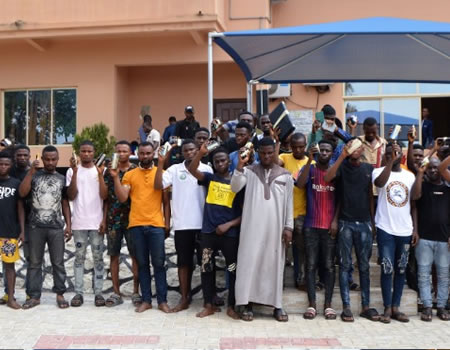 The suspects, whose ages range between 18 and 33 years, according to a statement issued by the Acting head, media and publicity, of the EFCC, Wilson Uwujaren were apprehended at different locations in Ilaro, Ogun State.

Items recovered from the suspects according to the statement include eight exotic cars, mobile phones and laptops.

The indicted among them will be charged to court as soon as investigations are concluded.

Another 606 repentant Boko Haram fighters set to be released