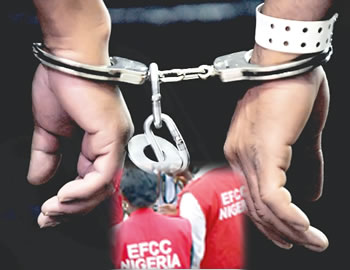 Authorities of the Economic and Financial Crimes Commission (EFCC), Ibadan zonal office, on Thursday stormed hideouts of suspected internet fraudsters in Osogbo, the Osun State capital and arrested 27 persons during the operation.

Out of the 27 suspected internet fraudsters arrested, four of them were females while 24 of the suspects were male.

According to a press statement signed by the acting head, media and publicity of the EFCC, Mr. Tony Orilade, “officials of the commission have embarked on weeks of surveillance, working on series of intelligence gathered on the activities of suspected ‘Yahoo Boys’ in locations across the city.”

“The intelligence was found to be substantially credible, leading to the sting operation on Thursday.”

“The commission also recovered eight exotic cars including two Lexus and six Toyota brands, as well as many costly phones and laptops, among other items.”

The suspects, who claimed to be graduates, students, computer engineers and businessmen, were already undergoing interrogation to ascertain their level of involvement in the alleged act.

The statement added that the suspects would be charged to court as soon as investigations are concluded into their involvement in the fraudulent act.

Prison congestion: Maximum prison set to be opened in Ibadan