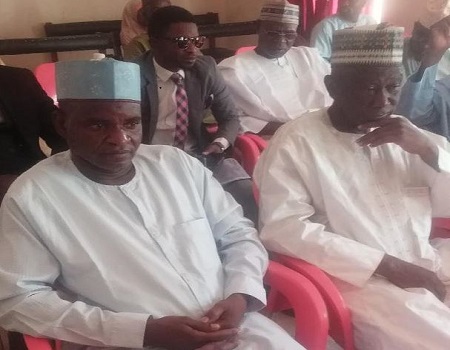 A former Accountant General of Bauchi State, Yusuf Umar Gokaru alongside another former officer of the State Treasury office, Ibrahim Lele have been arraigned before a Bauchi High Court for alleged corrupt charges of misappropriation of the sum of N258m while serving.

The duo was dragged before Bauchi High Court 6 presided over by Justice A H Sulaiman on Wednesday by the Gombe Zonal office of the Economic and Financial Crimes Commission (EFCC) for the alleged fraud.

According to the EFCC, the accused are standing trial on a 40 count charges bordering on various allegations of offences of obtaining money by false pretence and also concealing properties belonging to Bauchi state government for personal use.

The Prosecutor in its charge sheet stated that The offences were contrary to the provisions of section 7 sub 1 (a) (ii) of the Advanced Fee Fraud and Other Related Offences Act 2006 which are punishable under section 7 sub 2 of the same Act.

When all the charges were read to the defendants, the presiding Judge, Justice A. H. Suleiman asked if they understood the charges and they answered that they did but when he asked them if they were guilty, they said no.

In his application, Counsel to the defendants, Barrister Babangida Mohammed, requested the court that based on an application of bail they had filed before the court, the defendants are considered and granted bail citing health reasons.

Justice AH Suleiman thereby granted the two accused person bail in the sum of N10 million each with two sureties in like sum who must not be below grade level 14 and must also have landed properties in the Government Reserve Area (GRA) in Bauchi.

Counsel to the EFCC, Barrister Ahmed Muntaka, who told the court that since the defendants pleaded not guilty, requested that the case be adjourned to another date to enable them to bring their witnesses.

The presiding judge then adjourned the case to 28th April 2020 for the commencement of trial.

While speaking with journalists after the court sitting, the Counsel to the EFCC, Barrister Ahmed Muntaka, said that the case was filed on the 4th of March, 2020.

He said that: “The World Bank, as part of the assistance it used to offer to certain states of the federation, gave Bauchi state government a certain huge amount of money and out of that huge amount of money, N258 million as contained in the charge were diverted by the persons before the court in various trenches”.

He added that “They raised some mandates and they would keep on withdrawing those mandates and at the same time, trying to remove the money from where it was lodged into a different account, thereby concealing the source of the money in order to perpetuate their own fraud”.

We have recovered N41bn from Federal MDA’s ― ICPC