Entertainment
By Tribune Online On Sep 14, 2020 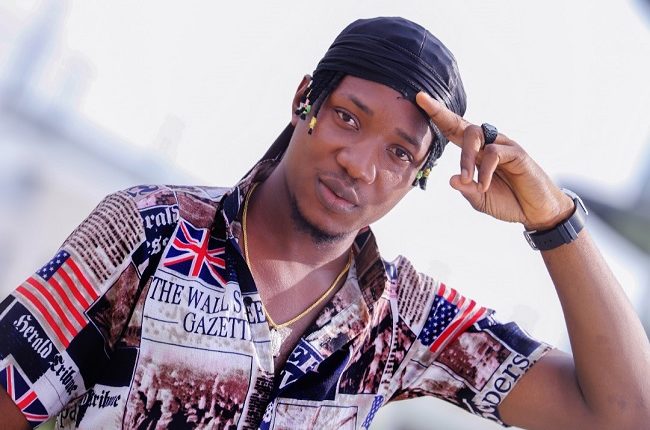 While many fast-rising Nigerian artistes continue to dream of striking the right notes and hitting the A-list across corners, Timothy Onoja with stage name Timikoda is one of those spreading his wings in the industry.

As an afrobeat lover who draws inspiration from life, he is bent on forging ahead in his ultimate quest to reel out new heartfelt songs from every day’s events.

Indeed, with the sea of already established singers and music stars in the country, young singers like Timikoda are posed with the reactions from their audience to their music contents.

However, one thing the Bauchi State-born artiste prides himself in is that his art is genuine while ensuring he makes his music for the Nigerian music market for the now.

The artiste enthuses his quest; striving to create a perfect balance which is one of his major headwinds over time since he dabbled into music.

While boasting of his naked love for the Nigerian music industry, Timikoda believes that consistency is key if an entertainer dreams to make a hit.

Timikoda is not just a musician, he is a practising architect and a lover of quality education. He studied Architecture from Caritas University Enugu in 2018 while accumulating more to his credit.

Following quickly on the heels of his arrival on the music stage late last year, Timikoda launched his début track, “Ego”, this July. It has been described as mindblowing.

He does not only love building tuneful notes for music aficionados, but he also loves building structures – residence or commercial, as his way of expressing his creativity.

On the reality of music fans don’t see, the entertainer chuckled with a response that many music lovers don’t know how rigorous music creation is.

He says it takes outstanding artistes long to cook that banger hit that is just three minutes long. Sometimes it comes easy, he noted, but you can never take out the place of hard work and sleepless nights in the creative process.

Timikoda is resilient about personal development. He is currently taking production and sound engineering classes, not for commercial purposes. He is designing his music in such a manner that it helps him express his art exactly how he feels it before it gets to the professionals.

While full-time music is applaudable Timikoda champions education as compatible with a music career.

Truly, he has come to terms with the fact that music is a gift and as such, it comes easy, he says education is always an advantage. According to him, one’s level of exposure directly or indirectly affects the quality of his music and life in general.

In the words of the fine singer, the likes of Mr. Eazi, Falz and other artistes who are well-read always have a definite strategy when they sing.

Although an indigene of Kogi, Timikoda was born in Bauchi State where he was bred until in 2008. When his family moved to Kogi where he completed secondary education.

Although still growing in the music industry, Timikoda is not taking a break any time soon. He always tells people, there is no definite formula for life otherwise everyone would have made it big.