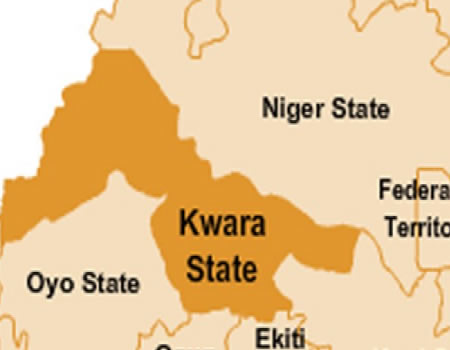 KWARA State Commissioner for Education, Hajia Bilikisu Oniyangi, has said that exposure to information gadgets, especially a mobile phone, is one of the factors responsible for the failure of students in two core subjects of English and Mathematics in the state’s secondary schools.

Speaking at the grand finale of the maiden edition of Kwara State Inter-Secondary Schools English and Mathematics competition organized by a Non-Governmental Organization, Saliu Mustapha Foundation, in collaboration with the state government, the commissioner traced other factors to lackadaisical attitudes on part of students, saying these factors had affected their time for studying.

Speaking through the Director School Services of the Ministry, Mr Timothy Oyewole, the commissioner described the two subjects as the core of every discipline which are peculiar requisite for admission into tertiary institutions.

She also said that the state government had provided enough teachers for both English and Mathematics in all public schools in the state, charging teachers to be more proactive in the discharge of their respective duties.

While delivering a lecture on the theme of the competition, “Investment in Education, the Solution to all problems”, the immediate past Director of the Centre for International Studies, University of Ilorin, Professor Mohammed Ibrahim, called for more investment into the educational sector, saying that the current investment is abysmally low which must be increased to reinvigorate the sector.

Professor Ibrahim also advocated the need for training and retraining of teachers of the core subjects, while asking the students to be more focused and devote more time for their education by avoiding anything that could cause distractions.

Earlier, the spokesman of the Foundation, Mallam Mahmood Olayinka Alaya, had earlier disclosed that thirty students qualified for the grand finale of the competition with sixty schools that participated in the competition across the three senatorial districts of the state.

Mallam Alaya noted that the competition was organized to inspire and encourage students on the core subjects, saying that the founder of Saliu Mustapha Foundation is totally committed to the development of the educational sector in the state through knowledge driven programmes.

“The theme of this competition is apt and timely as the country is currently faced with a myriad of problems, especially in the educational sector. Investment in the sector has been abysmally low and require the collective contributions of both the Federal and respective state governments, Non-Governmental Organizations and Wealthy individuals. There is a need to restore the lost glory of our educational sector.”

“However, Saliu Mustapha Foundation is determined to empower the future leaders of tomorrow and prepare them ahead of the future challenges”, he said.

While speaking with journalists, the Founder of the Foundation, Mallam Saliu Mustapha, said the foundation was established to touch the lives of downtrodden people in the society, the students and those with different health challenges.

Mallam Mustapha noted that the foundation aimed to impact on the lives of the people in the immediate environment, saying that government alone should not be saddled with the responsibility of providing the needs of the people, hence the need for Non-Governmental Organizations, wealthy individuals to support government at all levels in this directive.

“For me is a way of giving back to the environment, and when you look from a strategic position where I stand, if you don’t educate people then you’re bound to be in an insecure environment. When people are educated, they will know their left from their right, then you can rule out ignorance from what they are doing, but when you ignore them, then for those of us that believed that we are successful, we are only living in the mist of dangers. This is one of the factors driven this foundation to ensure that people within the immediate environment are well educated and catered for”

Cash prizes were awarded to the first five students that emerged victories and their English and Mathematics teachers as well as the schools they represented.