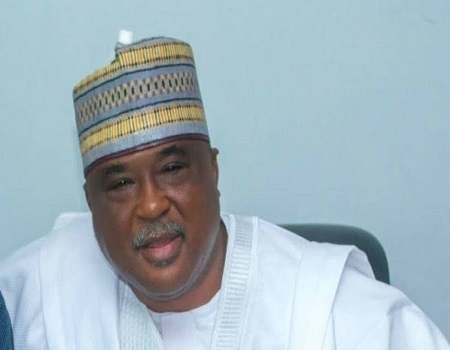 Mr Kayode Alabi, the Deputy Governor of Kwara, on Thursday, in Ilorin, said quality education and commercial farming were key to the progress and development of the country.

Alabi made this submission at the inauguration of an agricultural outfit, Heart and Capital Nigeria Limited.

He, therefore, urged youths to embrace agriculture so as to enhance the future of the state and the nation in general.

According to him, the new government in the state is ready and determined to support any progressive initiative, aimed at taking the state to the next level.

ALSO READ: Commotion in Ebonyi as mother of 4 bled to death after boyfriend gave her abortion pills

The deputy governor expressed confidence in the ability of the state to feed the nation with its abundant human and natural resources.

He called on the people, especially the youth, to key into the various agricultural potential in the state for self-reliance and national development.

Alabi lauded the initiators of the outfit and implored them not to be discouraged, as they would reap the fruits of their labour in due course.

Earlier in his address, the chairman of the Agric outfit, Mr Umar Adelodun, said that the company, which started in 2015, had engaged more than 4,000 youths yearly to take agribusiness to the next level.

Adelodun also lauded the state government for its support for the organisation and pledged that the company would not let the state down.