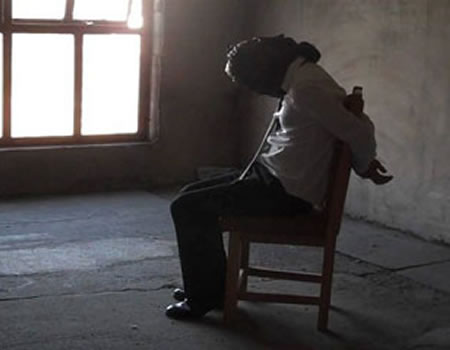 The  Edo State Police Command has said that it has foiled several kidnap attempts in the state in the last couple of days.

The command’s Police Public Relations Officer (PPRO), Chidi Nwabuzor, who stated this while reacting to the kidnap of eight passengers in Emu, Esan North-East Local Government Area of the state early Tuesday morning, said that while he could not confirm the kidnap of the eight female passengers, he added that several kidnap attempts had been foiled in the state in the last four days.

“I am yet to get details of the kidnap of the eight passengers, but there were other foiled kidnap attempts from Ekpon, Esan Central LGA. Reports received from the Divisional Police Headquarters in Ekpon indicates that on November 13, at about 20.00 hours information was received that hoodlums were operating within the axis with the intent to kidnap some persons but police operatives in collaboration with a vigilante group were immediately mobilised to the scene where they engaged and dislodged the hoodlums,” the PPRO said.

He explained that during the operation, one of the vigilante men sustained gunshot injury and was rushed to Irrua Specialist Hospital for treatment, and an investigation was ongoing to ensure the arrest of the suspects.

At Uromi, the police spokesman said that there was also the arrest of a suspected kidnapper, when the Divisional Police Headquarters received reports on November 14 that “one Yussuf Reuben conspired with kidnappers within Okhuen axis of Uromi where two persons were kidnapped. Police operatives swung into action and arrested a suspect.

“During interrogation, the suspect confessed that he was contracted by some Fulani armed men for the past three months and that his duty was to supply food and water in the forest. Acting on creditable intelligence, police operatives have arrested Usmaila Mohammed in connection with the incident. Efforts are being made to arrest other gang members.”

In another case of kidnapping, the PPRO said that the Okpella Division of the Command received information “that about 09.15 hours on November 14, one Noah Yohuna reported at the station that on the said day while on transit from Kano to Benin, in a commercial Toyota Hiace bus with registration number Edo BEN 127 ZZ, hoodlums in military camouflage emerged from the bush and shot sporadically along Okene-Okpella Road, accosted the vehicle, robbed the occupants and kidnapped five occupants namely Mohammed Hayaide, Mohammed Akin, Adams Adams, Isa Adamu, and Josephine Moses. Efforts are being made to ensure the rescue.”

Meanwhile, a senior professor of the University of Benin and his family have been attacked by some suspected armed robbers in their Benin GRA home.

The armed robbers were said to have scaled the fence of the house at about  8.30 pm, Monday night, and forced their way into the apartment.

The robbers succeeded in raiding the occupants of the house of their money, mobile phones and some personal items.

They also made away with the professor’s Toyota SUV with registration number KTU 900 RA and engine number ZUZ1120409.

On Tuesday evening, another group of suspected armed robbers stormed the yam market along Dawson road by Forestry Road Junction in Benin city and raided almost all the traders in the market, holding them hostage for several hours before they left.

The armed robbers were said to have come into the market at about noon, pretending to be genuine customers, only to swoop on the traders, brandishing guns.