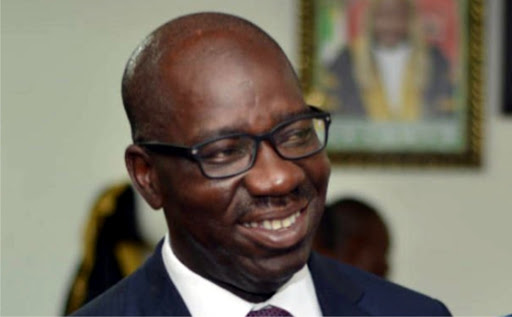 THE Peoples Democratic Party (PDP) Governors’ Forum has congratulated Gov. Godwin Obaseki of Edo State, for emerging as the party’s flag bearer for the state governorship election scheduled for September 19.

The Forum Chairman, Gov. Aminu Tambuwal of Sokoto State, in a congratulatory message signed by its Director-General, Mr CID Maduabum, on Friday in Abuja, said Obaseki’s emergence was a testament to his leadership skills.

Tambuwal enjoined the governor to continue to deploy his management skill in uniting the PDP and Edo people in the great task of enthroning good governance and accountability in the state.

“This sets the stage for a resounding victory for PDP in September.

“Indeed, the PDP has demonstrated with this outing in Edo State, that it has learnt the lessons of the past and is poised to elevate the PDP platform as one that can offer stable and focused leadership for Nigeria.

“The huge task of winning the Edo State election has just begun, and we counsel our flagbearer to run an issue-based campaign, anchored on his highly acclaimed record of superlative performance in office so far,” he said.

Tambuwal thanked the leadership of the PDP, particularly the Uche Secondus-led National Working Committee, as well as the Edo State chapter for their supporting role.

He also appreciated the rank and file of the party for their exceptional conflict resolution mechanism and cooperation employed to achieve the seamless rancour-free outcome of the primary.

Tambuwal admonished all organs of state, such as the security agencies and the Independent National Electoral Commission, to ensure a free and fair election in Edo in September.

“We urge Nigerians and the Civil society to be vigilant to ensure that all votes are counted and that all votes count in Edo State in September,” he said.

Meanwhile, the PDP Board of Trustees, Chairman, Sen. Walid Jibrin, also congratulated Obaseki for emerging as the party’s flag bearer.

Jubrin also congratulated PDP NWC and the party’s governors for bringing Obaseki into the PDP, as well as the party’s state executives for sustaining the party.

He appealed to the leadership and all members of PDP to continue making the party strong and united in its efforts to rule Nigeria come 2023.

“The party should shun actions that will not bring progress.

“The BoT is ever ready to work with party members, especially of our NWC and governors,” he said.

COVID-19: Redeemer’s University not at risk