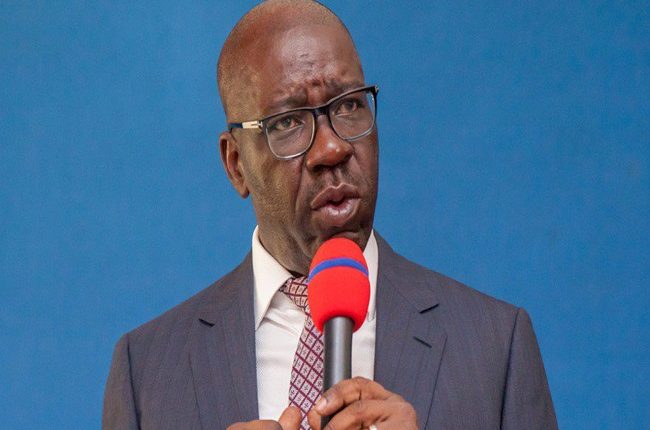 Edo State government has set up a committee to look into the aged long crisis between the Okomu oil palm and its host, Okomu community and other neighbouring communities.

The state government inaugurated the committee, acting on a petition written to the Presidency by the host communities which accused the company of marginalisation, land encroachment and other infractions.

At a meeting of the committee, conveyed by its chairman, Mr. Luck Wasa, Permanent Secretary, Ministry of Environment, the Okumu people, represented by their coordinator general, Chief Sunday Ajele, said they had lost hope in the state government,particularly previous ones hence they had to send a ‘save our souls’ to the Federal Government.

He said several petitions written to Edo State government in the past where they narrated the agony, pains and suffering Okomu Oil Palm subjected them to did not yield any result, rather the government asked them to go and settle with the company, just as he expressed optimism that the Obaseki-led government woul do justice to the matter and compel Okomu Oil to do the needful.

Chief Ajele accused the company of forcefully evicting his people from their ancestral land without compensation and the use of security agencies to threat and terrorise his people.

“It is strange to evict people from their ancestral land and then claim that it is because you have certificate of occupancy. It is strange for a multinational to disallow the people from using the stream for their fishing,” he said.

Ajele added that “between 1990 and year 2000, four communities were evicted, their houses demolished; their property demolished; their farmland demolished without compensation. The company claimed that because they have Certificate of Occupancy they can evict any community of their choice in the area.”

In his remarks, chairman of the committee assured the delegates from the communities that justice and a fairness would be upheld in settling the matter.

Wasa urged the delegates not to lose hope in the committee, stressing that proffering a lasting solution was the reason the governor set up the committee.

The British Parliament at the Westminster Hall held a debate on ‘e-petition 554150, relating to Nigeria and the sanctions regime’ on Monday. The government of the United Kingdom has however responded…Edo govt sets up  Edo govt sets up

The surprise visit made on Friday night by the leaders of the ruling All Progressives Congress (APC) to former President Goodluck Jonathan at his residence in Abuja triggered a stir in the major political camps, resulting in at least four possible theories..Edo govt sets up  Edo govt sets up