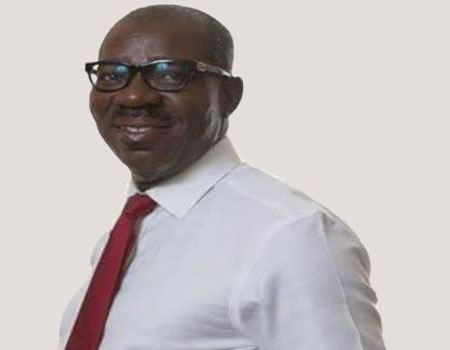 The Edo Government is to begin the training for teachers of Edo Language and History for public schools in the state as from August this year.

Gov Godwin Obaseki disclosed this on Tuesday in Benin when he received the report of the selected Academics in Edo/Benin History from the University of Benin and other universities.

The governor said it was imperative that the state, as an ethnic group, has a common language that will be used as a means of communication.

He commended his predecessor, Comrade Adams Oshiomhole for initiating the teaching of the Edo Language in schools.

He said a Linguistic laboratory would be built in the proposed Tayo Akpata University of Education in the state while teachers would be motivated to learn and teach the language.

The governor, therefore, urged parents to encourage their children especially those in secondary schools to take interest in learning the language.

Earlier, Prof Victor Omozuwa, who led other members of the committee to present the report, said the committee was set up on June 5 this year to revive the teaching and learning of Edo language.

He said the committee’s recommendations included the training and recruitment of teachers to teach the language and to start teaching of the language in the Edo South Senatorial district.

According to him 573 Edo language teachers are required to teach the language in the 315 public secondary schools across the state while 55 teachers of the language are currently in government service.

“We also need 2, 150 Edo language teachers to teach the language in the 1,075 public primary schools across the three senatorial districts in the state but there are already 102 in government service,” he said.

He said the committee also recommended the motivation of students studying the language in higher institutions by providing them with employment after graduation.

He said the committee called for massive public enlightenment programme, organisation of essay and drama competitions in Edo language to be sponsored by the state government.

Omozuwa, said the committee recommended the provision of scholarship to students who want to study the language at higher levels and revival of recommended books in Edo language for schools.

The committee, he said, has also recommended the organisation of seminars and workshops for teachers, collaboration between the University of Benin and the College of Education Ekiadolor in the teaching of the language at full, part time as well as sandwich programmes.