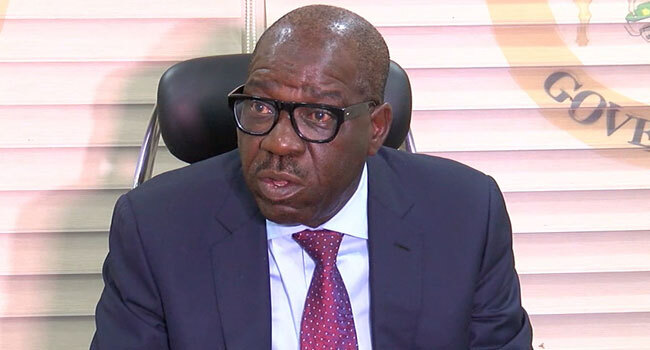 The Edo State Government has clarified its statement on the suspension of schools’ resumption in the state till February 1, saying tertiary institutions are included in the order.

Governor Godwin Obseki, it would be recalled, had on Friday announced that due to the resurgence on COVID-19 pandemic in the state, the resumption date for schools earlier scheduled for today, January 18, had been moved to February 1, tentatively, to allow the state to monitor the progress being made to tame the second wave of the pandemic.

There has been controversy, however, that the suspension of the resumption date was only applicable to the primary and secondary levels of education, such that higher institutions in the state could resume studies as directed by the Federal Government through the Presidential Task Force (PTF) on COVID-19.

But in a statement issued by the Secretary to the Edo State Government, SSG, Mr Osarodion Ogie, said that the suspension of schools’ resumption is applicable to all educational institutions in the state.

The state government noted that the directive would be reviewed on February 1, 2021, when the outcome of efforts to check the spread of coronavirus in the state would be evaluated.

Ogie, in the statement, stressed that the state government was taking drastic measures to limit the spread of the virus and protect lives and livelihoods in the state.

“The Edo State Government hereby announces that the suspension of schools’ resumption is applicable to all educational institutions in Edo State, from pre-school up to tertiary institutions. This directive subsists till February 1, 2021, when efforts to check the spread of the coronavirus (COVID-19) are to be reviewed”, the SSG clarified.

He said the government was collaborating with communities and organisations on enlightenment and enforcements of new measures to ensure the compulsory wearing of facemasks in public, use of handwashing stations, restrictions on religious and social gathering and new guidelines for operations of markets, hospitality and transport sectors.

The SSG reiterated the need for the residents of the state to avoid crowded places, closed spaces and close contact with people, adding that compliance and enforcement teams had been mobilised to ensure the directives are adhered to.