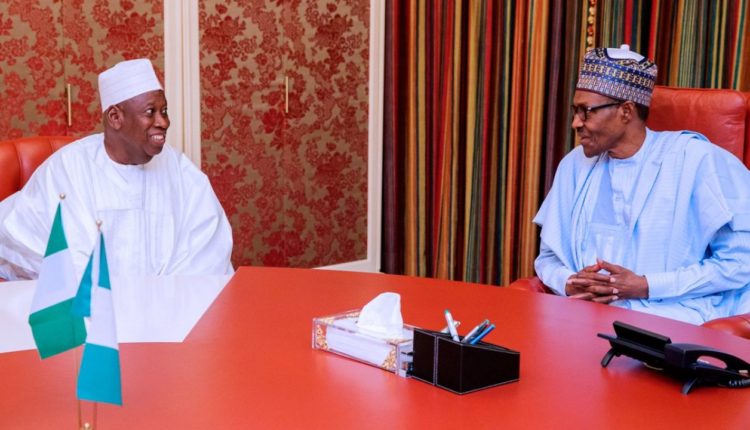 The chairman of the All Progressive Congress (APC) national caretaker committee, Governor Mai Mala Buni and the chairman of the Edo state APC gubernatorial election campaign council met with President Muhammadu Buhari on Monday ostensibly on the weekend poll lost by the party.

Both men, together, met with the president behind closed doors in his office at the presidential villa, Abuja.

Even though the meeting was described as private, it was believed to be connected with the Edo governorship election, which the party’s candidate, Pastor Osagie Ize-Iyamu, lost to the incumbent governor and candidate of the Peoples Democratic Party (PDP), Godwin Obaseki.

Ganduje and his Imo State counterpart, Hope Uzodinma, spent the weekend in Benin City as they hoped to oversee the victory of the APC in the poll.

You have no directive to set up disciplinary committee against us, Ojudu, Tinubu’s in-law, 9 others tell Ekiti APC