Politics
By OSARETIN OSADEBAMWEN On Jul 11, 2020 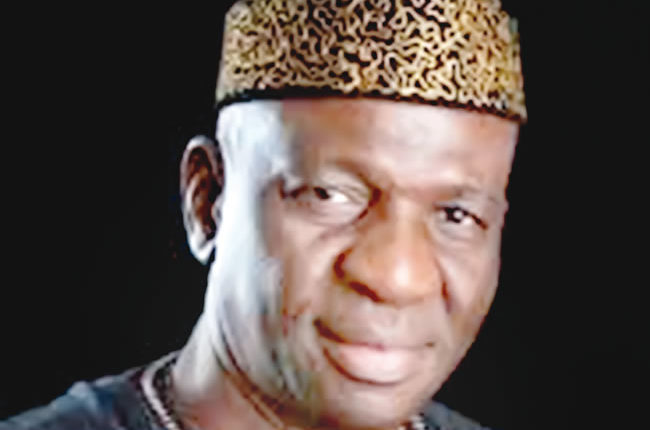 Senator Matthew Urhogide, who is representing Edo South Senatorial district in the National Assembly, is the chairman of the Senate Committee on Public Accounts. The Peoples Democratic Party (PDP) chieftain shares with OSARETIN OSADEBAMWEN his thought on the Edo State governorship election.

You are indeed excited at your harvesting of Obaseki from the APC crisis into the PDP, however, there have been concerns expressed over security during the election.

I stood my first election in 1992 and I have continued since then from the SDP to ANPP and ACN and I am here in the PDP where I won election twice. Do you think I will not know what the possible outcome of our election will be? Do you really think that I do not know the factors that can possibly determine the outcome of an election? Yes, I do. Governor Yahaya Bello [of Kogi State] started politics yesterday. In 1992, when I contested election for the Senate for the first time, he must still be in secondary school. They cannot tell us that they will import violence into Edo State. Nobody, not even [Governor Abdullahi] Ganduje [of Kano State], can say that today; they dare not. I think it is best for them to approach the election with a mind to hold a free and fair election so that we can end it peacefully.

Let us assume that Governor Godwin Obaseki and Philip Shaibu who are seeking re-election are standing alone, can the APC team go and challenge them? You are a thief and are coming to somebody’s house in a terrain you do not know and the man you are coming to steal from is a strong man. Is there any possibility that you can steal and go back scot-free? My brother, you know the answer, there is a possibility that they will not go back. So, they need to be careful, more so that most of us in the PDP are political gladiators. What has played out is that Pastor [Osagie] Ize-Iyamu was our candidate is 2016. He ran against Godwin Obaseki by sheer providence. They have swapped. Look at that equation: the man that helped Obaseki to be in government is now struggling to be seen by government.

Do you see Edo State having any impact on the permutation for 2023?

The Edo election is going to decide the direction Nigeria will go come 2023. The geopolitical equilibrium is going to be changed by the Edo election. Also, if care is not taken, the same thing will happen in Ondo.

Imagine the vehemence [of Oshiomhole) that Obaseki who was qualified yesterday is no longer qualified today. The NYSC certificate that you saw that time suddenly is no longer genuine because it was misspelt ‘Obasek’. Now the NYSC has corrected itself and issued another one bearing ‘Obaseki’.

Some APC governors are saying they would storm Edo and defeat Obaseki. What are your comments on this?

Is it the same APC governors who joined Obaseki to Lagos to ask the national leader (Tinubu) to please beg national chairman for our colleague and he said no? Is it the same governors that will now come and stand to say Obaseki cannot win again? They are just grandstanding. Let us see how they will come to Edo and say Obaseki cannot win the election. If that slavish mentality has become ingrained in their head, let us see how it goes.

Obaseki’s case in the APC was like the folklore of the tortoise tied to a tree one morning by a farmer who is beating the animal for stealing. Passers-bye plead with the farmer but on their way back, the traders wonder why the farmer has no forgiving heart to know the punishment being meted out to the offending tortoise is too much and all of them turn against the farmer. Obaseki has fulfilled all righteousness and he left the party. He resigned from the party and a day after, they started calling him. At that time, we already had him. APC coming to join force with us is good and we are still doing integration.

Right now, the equation has changed. The leadership of the APC has changed. Where the power is supposed to come from and all sorts of things, God has changed all of that. How are they going to do it now? God has spoken. It is for us in the PDP to get a governor that the people can benefit from elected.

Obaseki has already been doing that. We in the PDP cannot really speak against Obaseki about bad governance.

You mean, as the opposition, you are satisfied with his leadership style?

What were we going to say when civil servants were paid before the 25th of every month and teachers were taking tablets to classrooms for education? Look at development. Have you been to Iyeke-Ogba? What are we going to talk about Obaseki? The quarrel he had with Oshiomhole was it because of bad governance? No. It was only personality clash they had. Obaseki’s attitude to governance is praiseworthy. My conscience will worry me if I say Godwin Obaseki has not done anything in Edo, because I would only be playing bad politics.

Go and see what he has done. The old secretariat, which was abandoned during Ogbemudia’s time, Obaseki has rebuilt it. Look at the work on the Odigie Oyegun Training Institute, look at the structures and road. These are verifiable evidence of performance. So, what is the essence of governance?

The achievements that Oshiomhole recorded in eight years, let us compare them with what Obaseki has achieved in four years. So, the issue is not bad governance, it was that someone felt he was very important and wanted to play political warlord. Edo State is the trigger of the gun to change the political calculation for 2023. All permutations for 2023 are beginning to change.

Who thought that Oshiomhole was going to be removed as the national chairman of the APC? It is the leadership of a party that determines the kind of government they are going to get. And they thought that they would make things happen under Oshiomhole. It is clear that there are changes. He is no more the party chairman. What was thought to be possible is now being placed in jeopardy. They are searching for a chairman now. And they might reroute that again and if it does not go to the South-South, it may go somewhere else and the political calculation on who becomes the presidential candidate of the APC might be affected. That is what we are saying and Edo State is the trigger. Everything that is happening now is being tied to 2023.

What are those things?

For instance, [Ibrahim] Magu’s trouble is tied to 2023, because we all know where his support base comes from. You see, the whole thing is dismantling gradually as another person is brought in.

Where is that support base from?

The Edo issue is going to rewrite the permutation of 2023 and we have a new political slogan now in Edo State where we say ‘Edo no be Lagos’.

EFCC, NDDC, NSITF: Why the anus of those in power smells too badly —Prof. Toyin…