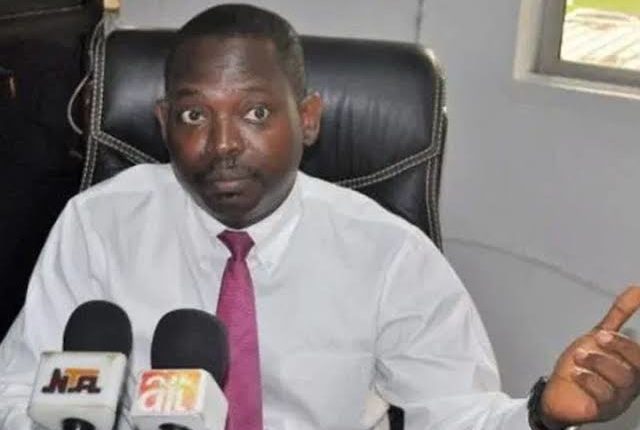 In a Christmas day message titled: “Mike Igini: I got it wrong, I apologise”, Mayaki wrote that as the year winds down, he has spent some past few days reflecting on his activities as a professional journalist, conducting credibility, integrity and fact checks on some of the statements he authored and stumbled on some embarrassing ones.

Stunned, Igini who has since slammed a N10 billion libel suit against Mayaki dismissed the allegation with a wave of the hand, insisting that he and two of his colleagues had only stopped briefly in Benin City on August 24 on their way to neighbouring Delta State for a burial ceremony.

Mayaki confessed that his August 27 statement, which pointedly accused Igini of conniving with Edo State Governor Godwin Obaseki, the PDP candidate in the election, was an embarrassment, noting that the story proved to be totally wrong and unable to pass credibility check.

A remorseful Mayaki penned: “As a Christian, I strive daily to have a conscience devoid of offence towards God and towards men and I am willing to apologise to whoever I may have offended in the course of my duties, knowingly and or unknowingly.”

Going down memory lane, the spokesman recalled that August 27 was the most unethical day for him as he didn’t cross-check and interrogate his source as regards the allegation before issuing the controversial statement.

He admitted that as a professional journalist, rather than base his judgement of the information from the source on its news value and public’s right to know the unbiased truth, he allowed his political interest to motivate and take a better part of him.

The contrited spokesman added: “I have taken time to scrutinise and review my source, the story itself and also listened to the testimony of other credible persons on this statement and the impeccable character of Mr. Mike Igini and have come to the conclusion and admission that something went wrong. My investigation and findings have now revealed that the story was not only untrue but unable to pass integrity and credibility checks.

“Being the chairman of the media campaign council, I took my assignment with a great dose of responsibility, privilege and honour. I appreciate the confidence and trust repose in me to serve in that capacity but for this source who thought he could advance my political interest with fake news and thinking propaganda could land us a win, this has proved wrong.

“This source did not only misled me to mislead the people but also to impugn on the reputation of Mr. Mike Igini and for which I am deeply embarrassed – I apologise.”

Mayaki freely agreed that he was manipulated by his source and complicit in the achievement of his goal as he failed to apply the simple rules of investigating journalism and logic to the allegations raised against one of the highly respected and reputable RECs of INEC- as the statement was highly offensive.

He said that he failed by inadvertently allowing sinister forces, who were hellbent on destroying the nation’s institutions, to abuse people’s trust and achieve their nefarious objectives, promising that he will learn from these embarrassing moments and aim to win back the confidence of Nigerians by putting in more hard work in whatever future assignments under his supervision.

He continued: “I tender my profound apology to Mr. Mike Igini, the Governor of Edo state, Mr. Godwin Obaseki, Mr. Anselm Ojezua – whose names appeared in that statement and on whom the story touches directly.

By extension, I apologise to INEC for the inconveniences or embarrassment this statement has occasioned them as I hold Mr. Mike Igini in highest esteem.

“I am thankful to my conscience for acknowledging this great mistake. I am also glad I listened and also ready to learn. I have resolved to do my best to re-win the trust of all friends and those I have offended with the said unfortunate “August” statement. Human beings make errors. I am human and no exception.”