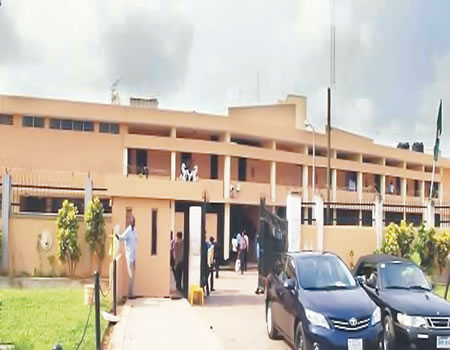 The Senate on Tuesday backed its counterpart in the lower legislative chamber, the House of Representatives, to demand a fresh proclamation from the embattled governor of Edo State, Godwin Obaseki for the inauguration of Edo State House of Assembly.

The House of Representatives had issued a similar demand for a fresh proclamation following the recommendations of its ad-hoc committee.

The state has been embroiled in crisis since the emergence of Frank Okiye as Speaker by nine out of the 24-member parliament.

The Senate ad-hoc committee on the impasse in Edo State led by Senator Abdullahi Sabi met with twelve of the aggrieved lawmakers in Abuja after a previous meeting with the faction of nine in Benin.

Senator Sabi in its report claimed that due process was not followed in the proclamation by Governor Obaseki.

Some of the senators, however, expressed reservations over the position taken by the Senate.

Senator Rochas Okorocha condemned the action of the Senate and noted that no section of the constitution was flouted by the inauguration of Edo Assembly.

President of the Senate, Ahmad Lawan then subjected the motion to a voice vote.

Senator Emmanuel Oker’Jev from Benue State opposed the motion insisting that Governor Obaseki’s action was not in breach of the constitution.

His point of order was however overruled by Senator Lawan, who urged him to bring a proper motion at a later date.

In his concluding remarks, Lawan said no state governor was too big to obey the decision of the National Assembly.

He said Governor Obaseki was bound by the decision to ensure that the resolution of the Senate was respected.

He said: “Let me rule. As far as this issue is concerned, this has been laid to rest. The Senate has taken a decision and it is in conformity with that of the House two weeks ago. I believe that our colleague, Jev, can bring this point of order at an appropriate day if it would do any good. I believe that this resolutions should be sent immediately so that the one week is not reduced by keeping the letter here.

“The National Assembly must insist on the right thing to be done even by state governors. This is the home of democracy it is the highest legislative chamber.

“Whether National Assembly query decisions by the President, I don’t see the reason why when there is an error or misjudgment or something undemocratic that the National Assembly should stay away from it. This motion was taken on July 10. We had three weeks to allow for some political process. I believe that has proved impossible.

“I want to congratulate the Senate for coming to the rescue of democracy and I believe that the message is very clear. We want this issue resolved. We are not in a hurry to take over. The one week is to allow for the proper thing to be done.”