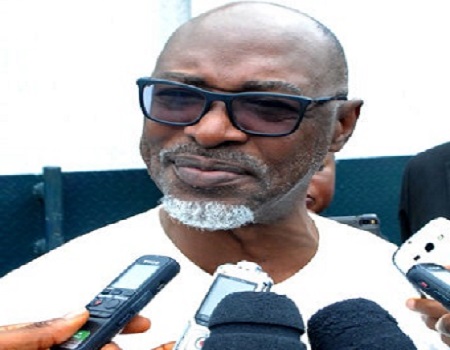 Imuse is among the 35 APC state chapter chairmen summoned for a meeting with the president at the presidential villa, Abuja on Friday.

Whereas Anslem Ojezua, the party chairman loyal to Godwin Obaseki, came to the villa for the meeting, he was not given security clearance and therefore, turned back from the gate.

Not even a last-ditch effort to argue his case with a court ruling recognizing him could persuade the presidency to grant him access.

Imuse introduced himself to the president as the Edo State APC chairman before the commencement of the meeting inside the council chamber.

The meeting is a follow up of the one held on Thursday between the president and the governors of the APC.

It is believed to centre on the crisis in the Edo State APC chapter as well as the discontent over the leadership style of Oshiomhole.

EFCC parades one suspect for fraudulent activity in Sokoto